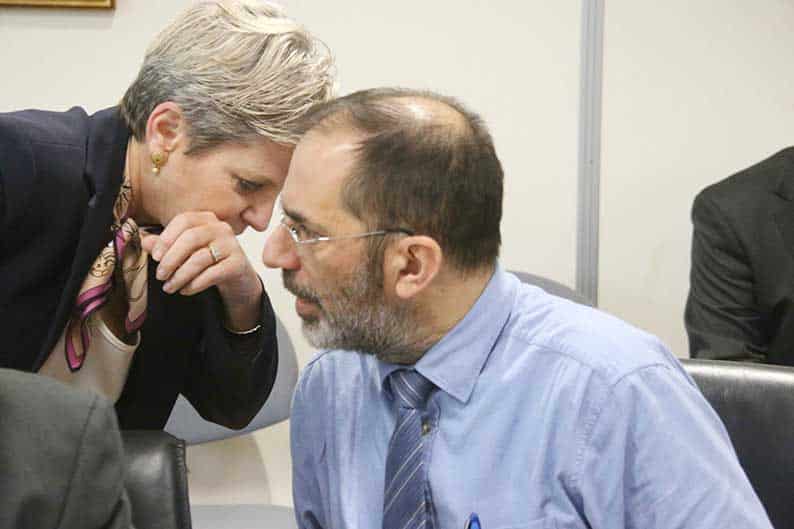 Air traffic controllers got a tongue lashing from the auditor-general on Thursday, berated for working less than their European counterparts despite their generous pay packages.

“In Europe, the practice is to work for two hours straight, then get a half-hour break. With our own traffic controllers, they work one hour and rest during the next hour,” auditor-general Odysseas Michaelides said.

He was presenting to MPs the findings of his office’s special report on the Department of Civil Aviation (DCA) for the year 2017.

If the shift system were to change, from the current 12 hours to eight, it could generate payroll savings of up to 35 per cent, Michaelides noted.

But the union representing the workers is resisting any attempt at change.

Meantime overtime pay amounted to €2.8m a year, with certain employees receiving as much as €54,000 for extra work.

Were the profession so lucrative, as was being claimed, many more people would opt to enter, the union said in a statement later.

“Sadly, the reality is different. In Cyprus air traffic controllers work under adverse conditions, encountered nowhere else in Europe. It is telling that recently only 200 young people applied for 15 training positions, whereas the broader civil service is swamped with thousands of applications.”

It was also untrue that Cypriot controllers are not pulling their weight, the union said. It cited a comparative study by Eurocontrol, showing that the productivity of Cypriot ATCs was one of the highest in Europe, and the cost of labour one of the lowest.

“We remain at the auditor-general’s disposal to brief him comprehensively about the problems and particularities of our sector as well as on the working conditions in both Cyprus and in Europe,” the statement concluded, hinting that Michaelides had rushed his conclusions.

Elsewhere in his report, the auditor-general highlighted the long-standing staffing shortages within the DCA’s Air Safety Unit, responsible for verifying that airlines and aircraft comply with safety regulations.

Due to the lack of staff, the unit has been forced to recruit experts from Britain, Greece and other countries.

For example, two British inspectors come to Cyprus once a week to provide their services; for that, their combined remuneration is €317,000 a year.

DCA director Panayiota Demetriou said the department is having difficulty finding full-time staff, since the A13 pay scale offered is much lower than corresponding wages abroad.

For her part, transport minister Vasiliki Anastasiadou promised that staffing problems would be addressed with the planned establishment of a private-law entity where the sole shareholder would be the state. It would moreover be subject to audits by the auditor-general.

Relevant legislation for creating this company has been tabled to parliament, she added.

The bill has been languishing since 2016. It aims to establish a state-owned private company to offer aeronautical services.

Anastasiadou also said on Thursday that Cyprus would not consent to any EU–Turkey aviation agreement if it did not take into account positions of principle and matters that have to do with flight security.

Replying to a question on the security issues from Turkey’s stance, she said that the government does raise the matter at political level in the EU and the reaction is “that they accept Cyprus’ positions.”

Referring in particular on the negotiations for an aviation agreement between the EU and Turkey she said Cyprus “has stated that it will not consent to anything that does not take into account positions of principle and security which the Republic of Cyprus raises.”

The minister added that the issue was being handled at a political level by herself in the context of meetings she has with EU Transport Commissioner Violeta Bulc and by  Foreign Minister Nicos Christodoulides.