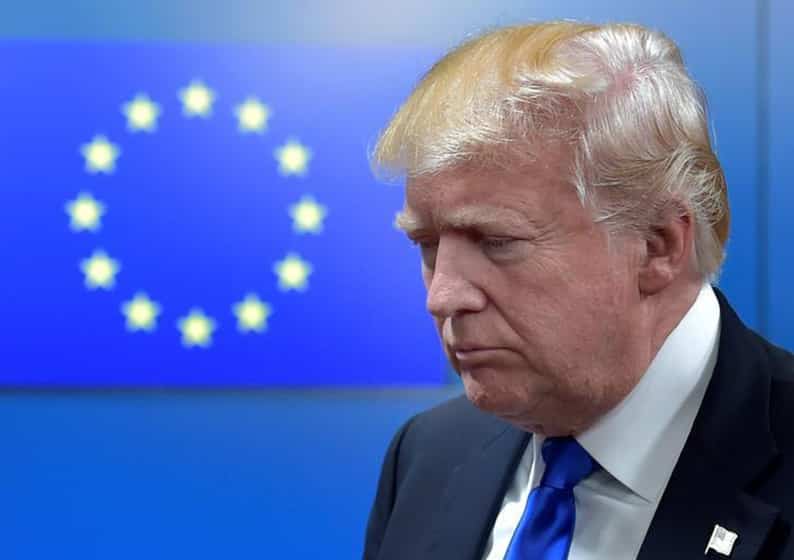 The European Commission has drawn up a list of U.S. imports worth around 20 billion euros ($22.6 billion) that it could hit with tariffs over a transatlantic aircraft subsidy dispute, EU diplomats said on Friday.

President Donald Trump on Tuesday threatened to impose tariffs on $11 billion worth of European Union products over what Washington sees as unfair subsidies given to European planemaker Airbus.

The EU measures would relate to the bloc’s World Trade Organization complaint over subsidies to rival Boeing.

WTO arbitrators have yet to set final amounts of potential countermeasures in each case.

The Commission said earlier this week that it had begun preparatory work on countermeasures in the Boeing case. However, it signalled it was open for talks with the U.S., provided these were without preconditions and aimed to achieve a fair outcome.

EU diplomats said the Commission was expected to publish a list of products on April 17 and begin a process of public consultation, after which the list could then be adjusted.

The final amount decided by the WTO arbitrator could also be lower. The EU had also initially requested that the WTO authorise countermeasures of $12 billion.

The arbitrator’s decision may not come before March 2020. In the U.S. case a WTO decision could come in June or July this year.

“You could say the Commission is preparing early, provoked by the U.S.,” one EU diplomat said.

The dispute between the U.S. and Europe over mutual claims of illegal aid to plane giants to help them gain advantage in the world jet business has dragged on for year.

The case, which has been grinding its way through the WTO for almost 15 years, is approaching the final stages of arbitration after partial victories for both sides.

Trump’s public attack on the EU came as his administration tries to hammer out a trade deal with China after imposing punitive tariffs on $250 billion of Chinese goods.

The EU is expected next week to give final clearance to the start of formal trade talks with the U.S. that could lead to the removal of duties on industrial goods and ease transatlantic tensions.

However, those talks face a series of hurdles, not least the U.S. insistence that market access for its farm products feature in the negotiations, something the EU has ruled out.

The talks follow a detente reached last July when Trump agreed not to impose duties on imports of EU cars while the two sides sought to improve economic ties.

Germany, whose exports of cars and parts to the U.S. account for more than half the EU total, wants to press ahead with talks to ward off tariffs its carmakers, including Volkswagen , Mercedes maker Daimler and BMW .

France, with few car exports to the U.S., has resisted, insisting that climate change provisions should feature in any deal – a difficult demand given Trump’s withdrawal from the Paris climate agreement.

“1940 | Faces & Images. Cyprus – Greece” – an exhibition dedicated to a milestone moment for Cyprus