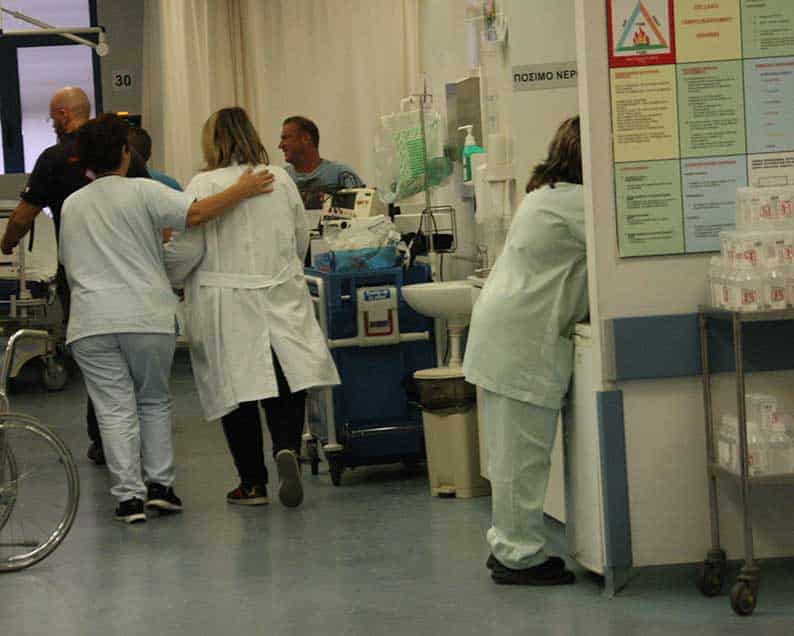 News that a clearly popular doctor has already reached his 2,500-patient cap allowed under the national health scheme (Gesy) has raised concerns that patients may not be able to register with the doctor of their choice when out-patient care starts on June 1.

Patients have been able to put their names down with a Gesy-registered GP since March, ahead of the official registration in June. The popularity of some doctors suggests that patients should not waste any time about registering.

Earlier this week, one doctor in Limassol, Panayiotis Demosthenous, posted on social media that he had reached the 2,500 quota in just 40 days.

“I was more touched than I was excited,” said the doctor in his post thanking his patients for trusting him.

However, questions have arisen as to what will happen to potential new patients who want to register with a specific doctor who has already reached the 2,500 limit.

Ahead of the June launch of the GP system, patients should check that their doctor is registered with Gesy’s Health Insurance Organisation (HIO) and whether they are compiling a patient list for Gesy.

“If the doctor is keeping those lists, patients will be able to register with the doctor, who will then give priority to those patients, when the time of the official Gesy registrations begins,” a source at the health ministry told the Sunday Mail.

GPs will also be able to register more patients than the 2,500 quota, if the potential new patient meets certain criteria, which are outlined on the Gesy website.

In the case of children, the parent or guardian that has registered one child with a paediatrician, can register a sibling with the same doctor.

A paediatrician could also take on more patients, in the event that there are not enough doctors.

Similar rules apply for GPs who exceed the 2,500 limit.  If a family member is registered with a doctor who has already reached their limit, another adult family member can register with the same doctor.

With many private doctors still refusing to join Gesy, shortages of GPs and paediatricians remain a concern, but reports surfaced this week that some doctors currently working at state hospitals have left to set up their own medical practices and register with the HIO, in the hopes of getting pay increases. While the fee per patient under Gesy is not enough to tempt many private doctors, it is more than a doctor in a state hospital receives.

Twelve doctors out of a total 825 from the state hospitals have reportedly left to register with the HIO as GPs.

The head of the doctors’ union (Pasyki) Soteris Koumas said that this was a problem.

“It is a problem, because each doctor is a piece of the puzzle,” Koumas told the Sunday Mail, noting that these doctors would need to be replaced.

He added the government knew from February that five doctors had left to be GPs and that they were never replaced, while this week the government announced six new paediatric positions.

As for the doctors leaving the state hospitals, Koumas added that it is within their rights to go and become GPs.

However, the ministry said that the number of doctors leaving was small, and that five of the 12 who left to sign up as GPs, were about to retire.

“When and if a need arises, [the ministry] immediately moves forward with filling those medical positions, whether it be because they retired or they quit,” said Minister Constantinos Ioannou.

State doctors are currently under state health services (Okypy), which has said that it would begin to negotiate for the transfer of the state doctors to the Gesy’s HIO.

State doctors who opt to work as GPs under Gesy could see their salaries go up by at least 25 per cent according to a proposal in the report commissioned by Okypy.

The proposal, prepared by professor Mike Pringle, suggests monetary incentives at the initial stage of Gesy for state doctors who will work as GPs and additional incentives involving both items of service payments and points accrual in subsequent years.

The proposal was commissioned by Okypy after a decision to offer additional incentives to public sector GPs as their salaries under Gesy will be lower than those of the private sector.

For the first phase of Gesy, between June and December 2019, each GP would receive €10 per beneficiary registered with them. Toward that end €1.2m has been earmarked in the 2019 budget and “is equivalent of an average 25 per cent increase in salary for each of them”, the document said.

Tales from the Coffeeshop: We’ve lost patience too Mr Prez