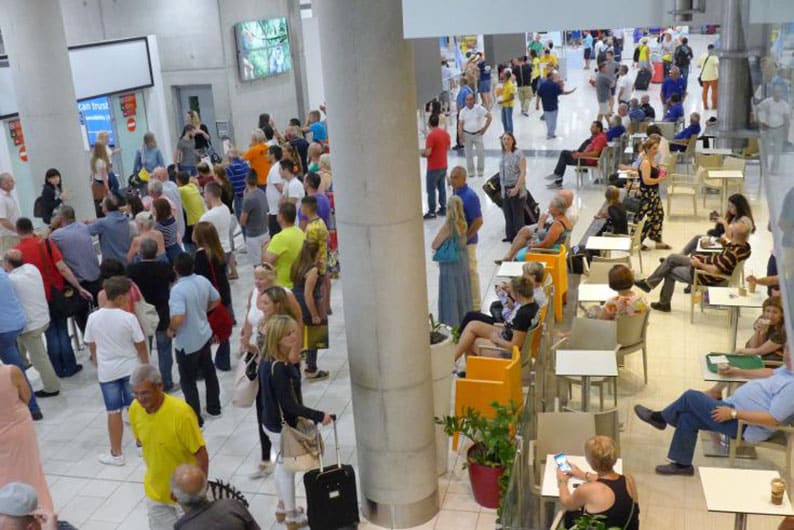 The government and tourist businesses decided on Friday to launch efforts to boost competition in a bid to cut air fares.

In abroad meeting at the transport ministry, officials exchanged views on ways to boost air connectivity in a bid to cut ticket prices.

“The public considers fares to be high,” Transport Minister Vasiliki Anastasiadou said, after a meeting with Deputy Minister for Tourism Savvas Perdios, tour operators, airlines, and the airports operator.

“This is not always the case; price fluctuations are seasonal. We cannot intervene and set fares.”

Anastasiadou said the aim was to create the necessary conditions to force companies to reduce fares.

The meeting decided that each of the participants would undertake efforts within their sector, but also increase cooperation between them, to build on existing or future bilateral agreements and convince countries to fly to Cyprus.

The island lost two airlines this year, Cypriot firm Cobalt, and German low-cost carrier Germania, which were bringing in thousands of tourists.

The minister said incentive schemes were already in place but they could be boosted if necessary.

Currently, 70 airlines fly from Cyprus to 40 countries and 120 destinations, Anastasiadou said, with new routes expected to be added, mainly from Paphos to Lebanon, Mykonos, and Berlin.

Anastasiadou said the government has recently asked a Saudi airline to look into the possibility of launching flights to Larnaca and from there to other destinations like Athens.

Similar efforts will be made with other countries, she added.

Perdios briefed participants on his ministry’s objectives for the next decade, which would focus on the region, on countries Cyprus has struck agreements with.

“To us, the wider Eastern Mediterranean region is the focal point of our tourism and we want to invest in that,” Perdios said.

“We all believe that we can increase connectivity to Cyprus. This automatically means increasing competition and it is something that will reduce air fares, not only to Cyprus, but also from Cyprus.”

The previous day, addressing the 9th Nicosia Economic Congress, Perdios said the tourism industry had the long-term potential to contribute to Cyprus’ economy by 25 per cent.

Perdios said his ministry would take a holistic approach including actions until 2030.

The targets set in 2015 provided that by 2030 Cyprus would have around three million tourists with 40 per cent visiting during the winter season. The income target would be €7 billion.
Last year, Perdios said, Cyprus attracted around four million tourists, which marked a 54 per cent increase since 2015, but only 25 per cent of that was distributed over the winter months, while total contribution to GDP did not exceed €3 billion.
The ultimate mission, he said was to “sustainably increase contribution to Cyprus’ GDP in a way that will positively impact our local community.”

He has also warned that the uncertainty of Brexit and a slowdown in the German market would put a downward pressure on prices and reduce revenue this year and next. On Wednesday, latest arrival figures showed that visitor numbers in March recorded a decrease of 11.5 per cent compared with the corresponding month in 2018, marking the first decline in tourist arrival figures in almost four years. Almost four million tourists visited Cyprus in 2018, an all-time high.

British tourist dies after car veers onto pavement in Paphos