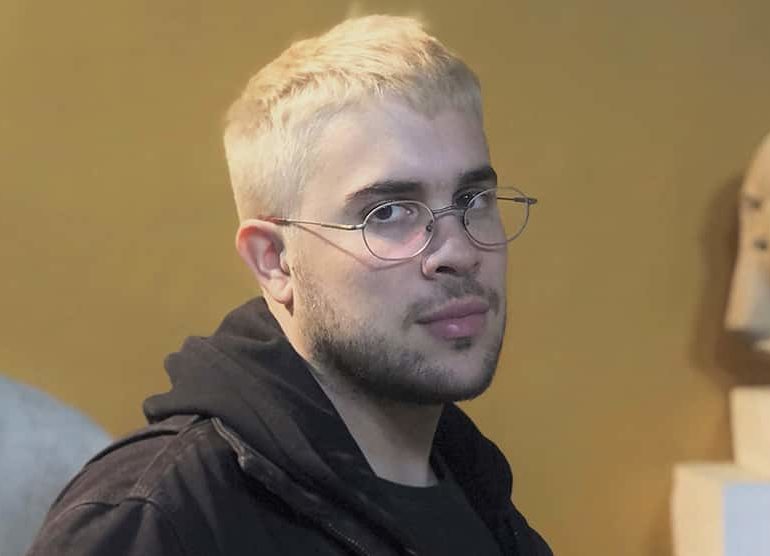 Where do you live?
I live and work in Limassol, with my family, 6 cats and 2 dogs.

Best childhood memory?
Mostly games I played with my friends – we used to have an obstacle course with lasers and tripwires drawn onto the pavement and walls around my apartment block. We would run around and go through them with the rest of the kids from the building as if we were in an action movie. We only played that a few times, but it was great.

Most frequented restaurant and absolute favourite dish? What food would you really turn your nose up to?
My girlfriend introduced me to the Syrian Club in Limassol and I fell in love with it… Their mouhammara and mahalabiya are delicious. There aren’t many dishes I dislike – maybe that zalatina stuff.

What did you have for breakfast?
I had a soy cheese-pie and a coffee.

Would you class yourself as a day or night person? What’s your idea of the perfect night/day out?
I prefer working in the morning, and do everything else at night. A perfect day out would be a roadtrip, and a perfect night out would be in.

Best book ever read?
I’ve been reading and re-reading Barry Dainton’s book Self about how consciousness is formed, and its future in an increasingly technology-based world. It’s relevant to my practice, and the possibilities fascinate me.

Favourite film of all time?
There’s a little known low-budget movie called The Man from Earth, that I’ve watched probably 10 times. It offers a very interesting sci-fi concept, explored mainly through conversations between the characters.

What’s your dream trip?
I’d really love to travel all over Japan one day, for its variety in experiences and applications of ways of thinking.

What music are you listening to in the car at the moment?
Frank Ocean’s Blonde.

What is always in your fridge?
Kimchi, crumpets and, as often as possible, harissa sauce.

Dream house: rural retreat or urban dwelling? Where would it be, what would it be like?
I used to live in the busiest part of town and hated the loud noise from the cafes that stayed open (illegally) until 3am. So something more suburban would be ideal.

If you could pick anyone at all (alive or dead) to go out for the evening with, who would it be?
My girlfriend. She lives in the UK, so we’re away from each other most of the time. An extra evening together is always great.

If the world is ending in 24 hours what would you do?
Probably get to someplace serene and watch the end.

What is your greatest fear?
That the world will end in 24 hours.

Tell me a joke…
The world is ending in 24 hours.

Andreas currently has an exhibition called Emotional Sculptures at TestDrive in Nicosia, using Augmented Reality to bring sculptures from the video game The Sims 4 into the ‘real world’. I am also doing a residency at Youth Makerspace in Larnaca, utilising 3D scanning and printing to make sculptures exploring materiality and preservation of information

City back on top after tense win over Spurs

How different skin types react to the sun exposure