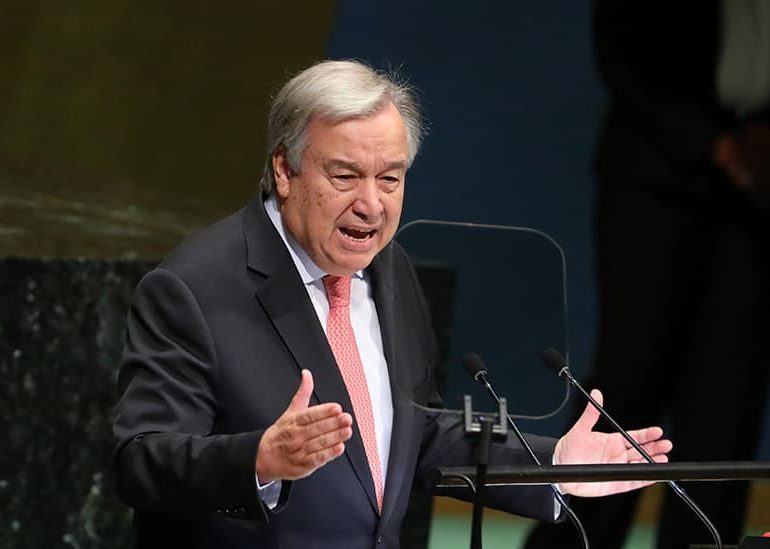 There was a clear warning in the UN Secretary-General's report

THE Security Council, in its resolution 2453 (2019), requested the UN Secretary-General to submit a report by 15 April on the progress attained towards reaching a consensus starting point for meaningful results-oriented negotiations for resolving the Cyprus problem.

In the resolution, the Security Council also urged the sides to agree terms of reference which would constitute a consensus starting point for such negotiations, leading to a settlement within a foreseeable horizon and to renew their political will and commitment to a settlement under United Nations auspices.  The report, which focuses on developments from October 6, 2018 to April 10, 2019, was submitted by the due date.

Reading the report leaves little room for doubt that the progress attained over the past six months in reaching the objectives that were set by the Security Council was very limited, if any.

In his report, the Secretary-General is very careful not to assign blame for this lack of progress.  To the extent that he does, he blames both sides on an equal basis in an attempt to avoid alienating any one of the parties, at what he considers to be a critical stage of the process.

I am certain that in the event of a failure to break the deadlock, he will not be as reserved as he is at this stage in assigning responsibilities.  It follows that the two sides are well advised not to make such a naive assumption about the future in formulating their present stand.

An extremely interesting part of the report is the following paragraph, which is set out verbatim:  “I remain convinced that for a solution to be sustainable, the two communities will have to be well-informed about the contours of a settlement as well as the consequences of not achieving it.  This requires an open and constructive discourse that transcends polarizing rhetoric and that focuses on the benefits for all Cypriots.  More efforts in this regard are essential and I encourage the sides, in particular the two leaders, to consider ways in which positive messaging and greater information about the process and the overall context can be further strengthened.”

This is exactly the message that I have been transmitting in my articles for a long-time.  For some peculiar reason, which I fail to understand, the Greek Cypriot leader consistently ignores the need to do exactly what the Secretary-General is advocating.

In fairness to him, I must say that I do not speak Turkish and, as a consequence, my ability to follow closely what is happening on the other side of the fence is, indeed, very limited, resulting in my inability to pass judgement on the Turkish Cypriot leader on this issue.

What I also found to be a clear warning in the report was the following reference:  “The Council has been consistent over the decades in its support for a bi-zonal, bi-communal federation that reflects the political equality of the two communities on Cyprus.  To aid the parties in advancing toward this vision, on 30 June 2017, I offered a framework of six points to help clarify the differences on key issues.  I urge the parties to constructively consider these points.”  I read this as saying wake up this may be your last chance.

Anastasiades to hold a meeting with Putin in China