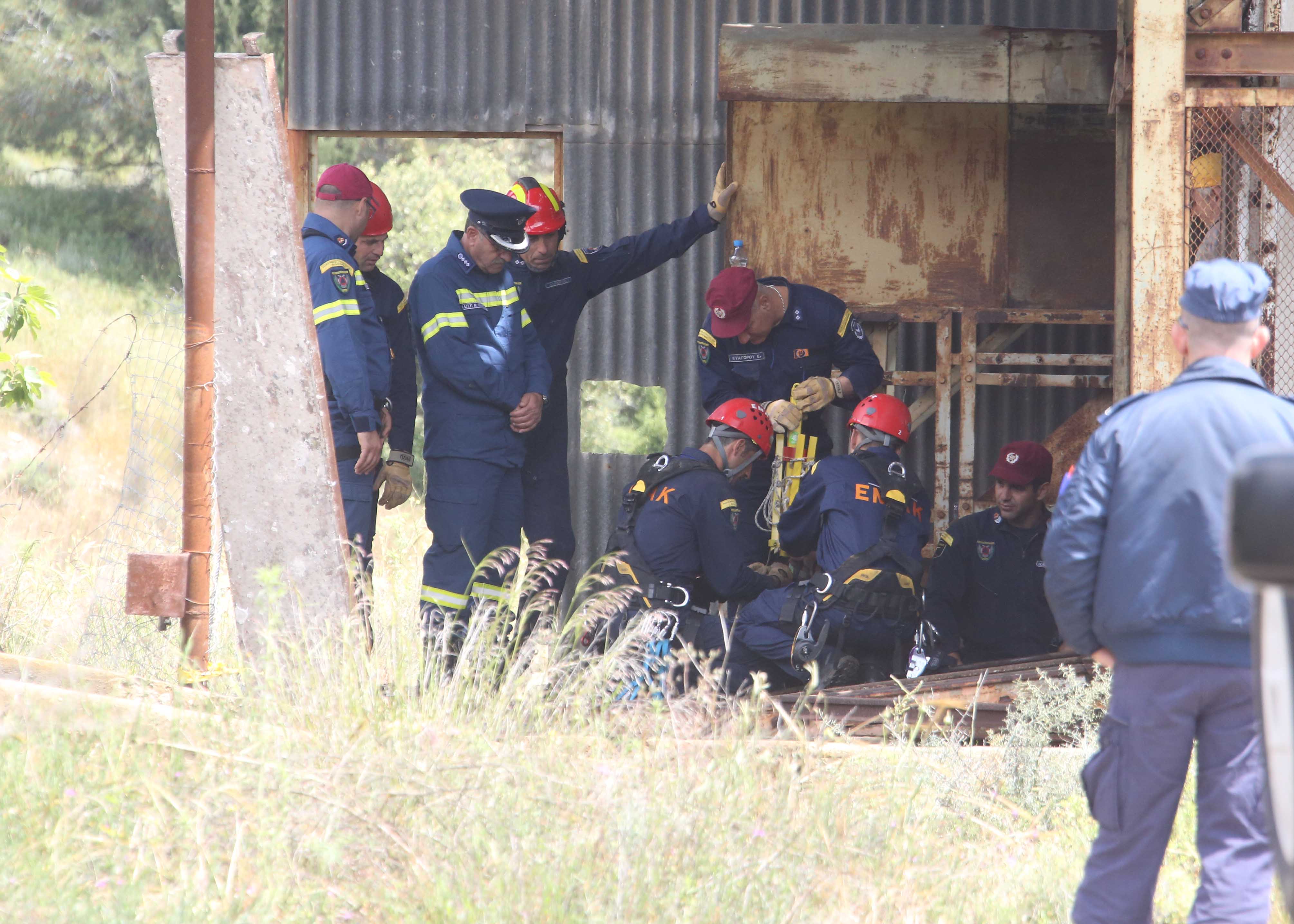 The search for bodies resumed at two locations on Sunday after a second  adult woman’s body was pulled from a mine shaft in Mitsero on Saturday, pointing to what could be an increasing possibility of  serial killings.

A 35-year-old National Guard suspect was taken to the scene of the second location, a lake near the Xyliatos reservoir some 15 minutes drive from the Mitsero crime scene, as efforts continue to find  six-year-old Sierra Graze Seucalliuc, the missing daughter of Mary Rose Tiburcio, 39, from the Philippines whose bound body was found in the shaft last Sunday.

The 35-year-old appeared before court on Sunday and was remanded  for a further six days to facilitate police investigations into the finding of a second body in the mine shaft. The court had already remanded the 35-year-old for eight days on Wednesday in connection with the Tiburcio case.

The suspect appeared before the court on Sunday without a lawyer, after his defence attorney withdrew.

According to state broadcaster CyBC, the 35-year-old gave a voluntary confession on Saturday, allegedly admitting to the murder of the second woman, named as Arian Palanas Lozano, 28, from the Philippines but this has not been confirmed by police. Lozano was reported missing from her home in Aglandjia on July 21, 2018.

Police suspect Lozano met her killer on Badoo, the same dating-centered social media platform Tiburcio had used and may also have been connected to her disappearance. Lozano, it appears may have been strangled before her body was thrown into the mine shaft at Mitsero, only three months or so after Tiburcio’s body was dumped there. Lozano was also found naked and bound with minimal signs of external injury, indicating that she too , it appears,  was strangled before being dumped.

With the case of Tiburcio’s missing child, police appear to have specific information that the six-year-old’s body was thrown into a small lake in the area of Xyliatos reservoir as that is where they are focusing their search efforts.

Two state pathologists, Sofoklis Sofokleous and Nicholas Charalambous were carrying out a post-mortem on Lozano on Sunday.

The fact that a second woman’s body was found, and news that there may be more bodies in the mine shaft, shocked  the public since the expectation was that authorities would find the body of the little girl, and not a second adult victim.

As search crews scoured Memi lake in the are of the Xyliatos reservoir for the body of little Sierra, the operation continued at the Mitsero crime scene  to locate other possible victims in the 125m deep mine shaft.

State broadcaster CyBC said on Sunday that police believe that one or two more bodies may be located in the shaft, while unconfirmed reports suggest that one body is that of an adult male.

Crews from the emergency response unit Emak, the civil defence, the police anti-terrorism unit Mmad, and firefighters were preparing to use special equipment to get further into the mine shaft that contains muddy water at its base.

The developing scenarios have prompted speculation that Cyprus might be experiencing its first recorded incidence of serial killings, but authorities would first have to link the murders, and find a common thread or modus operandi if there are more bodies found. One angle they are likely to look at  keenly is the Badoo platform.

Reports on Saturday said police had already located the Badoo accounts of additional women that have been reported missing.

In addition to Mitsero and Xyliatos, police have signalled that other searches in open areas might be on the cards, reports said. Police expect to take more than 100 statements, police spokesperson Andreas Angelides said.

On Friday, police released Tiburcio’s Romanian ex-partner who had been arrested initially, while a 30-year-old man, whose photo was used unbeknownst to him by the suspect – a colleague – on the Badoo platform, and who was also being held in connection with the case was released later on Saturday.

Macedonians vote in election dominated by splits over name change

Fed up with status quo, Ukrainians tipped to elect comedian as president