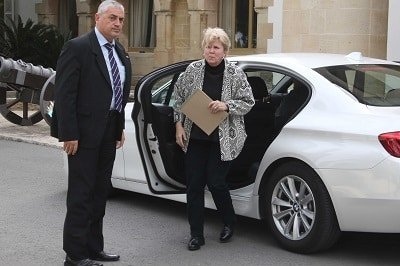 Responding to journalists’ questions on whether there has been any development either with the UN secretary-general’s report or with Lute’s initiative, Prodromou said the report should be discussed by the UN Security Council soon.

“Our side is in constant contact with Ms Lute and we look forward to seeing how she will choose to continue this initiative for the resumption of negotiations,” he said.

He recalled that, apart from the fact that the president has been ready for the immediate resumption of negotiations on the basis of the six parameters proposed by the UN secretary-general, he has also responded to the ideas put forward by Lute.

“We are therefore waiting to see what the choice will be, how the initiative will continue, because, of course, our side means that the negotiations must definitely start again,” Prodromou said.

On whether Lute’s proposal concerns a meeting abroad with the composition of the Conference of Cyprus in Crans-Montana in the summer of 2017, the spokesman said that Anastasiades has put forward thoughts and ideas to help Lute’s work, but has also responded positively to ideas she has developed.

“We are now expecting Ms Lute to see what the continuation will be.”

Media reports said on Sunday that the UN would like to see progress on the Cyprus problem by June so that it can be recorded in the report on the Unficyp’s mandate.

Politis reported that sources within the UN confirmed that the aim of the UN is to repeat a conference with all parties involved during the summer.

Behind the scenes in Ukraine election win