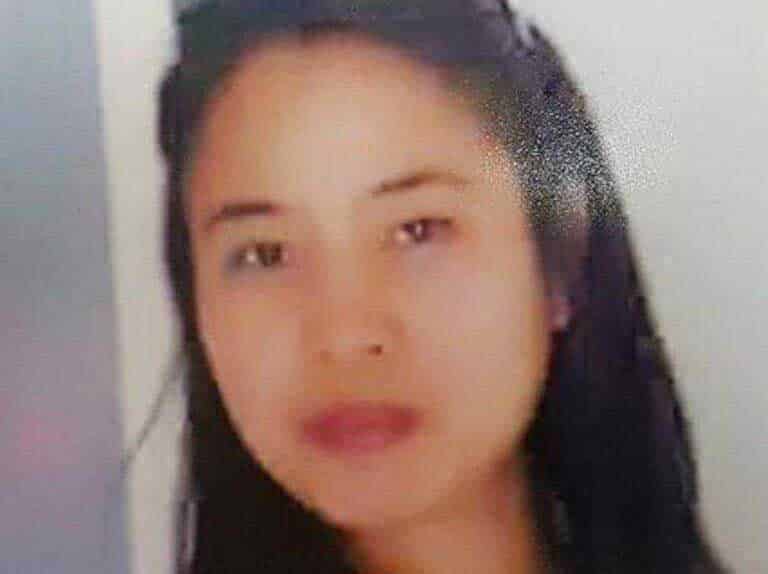 30-year-old Maricar Valdez Arquiola from the Philippines, missing in Nicosia on December 13, 2017

Given that two of the victims of the Mitsero mine killer had accounts on dating site Badoo, police are to review the online footprints of other women on its list of missing persons to see if they had contact with ‘Orestis’ the internet persona suspected of killing at least two women and a six-year-old child so far.

There are reportedly 32 women on the police missing list, three of whom are Cypriots and the remainder foreign. Three of the most recent were from the Philippines and two from Somalia. But according to a domestic workers advocate, 22 are domestic workers who have gone missing in the past two to three years though the police website does not reflect this in terms of its missing persons list.

Mary Rose Tiburcio, 39, from the Philippines was the first victim to be located at the Mitsero mine on April 14. She and her daughter Sierra were reported missing from Larnaca on May 5, 2018.

The police bulletin at the time published a photo of Mary Rose but not her daughter, which critics say now could have helped locate her. Tiburcio went to meet ‘Orestis’, from social media, according to her roommate, and brought her daughter along, reportedly at his request.

The second woman pulled up from the well last Saturday has been named as Arian Palanas Lozano, 28, also from the Philippines though she has not been officially identified yet. Lozano was reported missing on July 21, 2018 in Nicosia.

According to reports, she worked for a former assistant police chief who reported her missing when she failed to return from visiting a friend in Platres. The reports, always citing police sources, said her friend in Platres knew nothing about the planned visit and after an investigation, apparently more thorough than that of Tiburcio, it was deemed a ‘non-police’ matter.

Although Tiburcio’s body was the first to be found, authorities believe there are two more bodies in the mine shaft. The victim’s daughter has not been found though searches are going on both at the mine and at a lake near Xyliatos.

If there is also another adult woman’s body in the mine shaft, and given the profile of the first two victims, the third missing Filipino woman on the more recent police list might have met a similar fate, and more disturbingly, prior to both Tiburco and Lozano.

Maricar Valdez Arquiola, 30, was reported missing from Nicosia on December 13, 2017, which means she could have been the first victim, but the question remains open as to how far back the killings really go. Police made a second public appeal regarding Arquiola in February 2018 but no trace of her has been found so far other than her identity card being found on a street in the capital.

According to Reporter, both a friend of Arquiola and the missing woman’s mother had conversations with ‘Orestis’. The news outlet said it had spoken to both women. ‘Orestis’, according to the report, sent the friend a message on social media shortly after the disappearance saying he had information about the missing woman and asked her to meet but she was too afraid and didn’t go.

It said Arquiola’s mother then contacted ‘Orestis’ through messaging to find out what he knew but he didn’t want to talk with her, just with the friend who subsequently received a message from Arquiola’s mobile phone. The message unsettled the two women because they all communicated in a local dialect and the message was in formal Tagalog, the official language of the Philippines, and appeared to be a Google translation as it was not grammatically correct.

The message said that Arquiola was planning to cross to the north from Ledra Street in Nicosia to be with her boyfriend as she ‘could not live without him’. Arquiola’s mother said the last time she had spoken to her daughter was December 11, 2017 and she was planning to go to a birthday party of a friend in Strovolos.