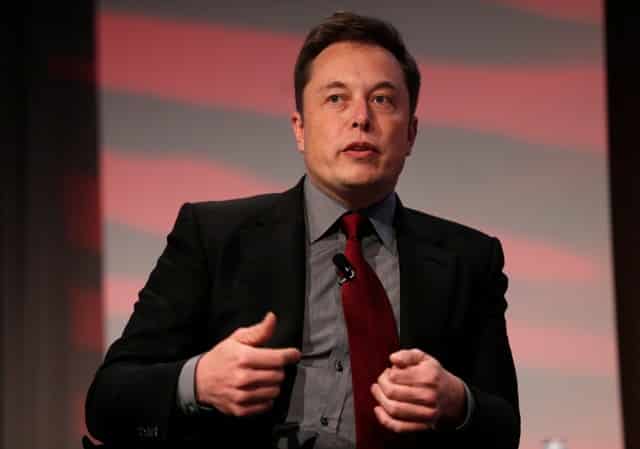 Tesla Inc unveiled on Monday technical details on the computer chip at the center of its self-driving strategy as Chief Executive Elon Musk tries to show that the electric car maker’s massive investment in the sector will pay off.

Global carmakers, large technology companies and an array of startups are developing self-driving – including Alphabet Inc’s Waymo and Uber Technologies Inc – but experts say it will be years before the systems are ready for deployment.

Musk previously forecast that by 2018 cars would go “from your driveway to work without you touching anything.” Teslas still require human intervention and are not considered fully self-driving, according to industry standards.

The webcast, delayed by about 30 minutes, began with the head of AutoPilot, Pete Bannon, giving a highly technical description of its newly designed chip for self-driving, which Tesla has been developing since 2016.

Musk, who sat on the stage next to Bannon, interrupted once to add: “Any part of this could fail and the car will keep driving.”

Musk said that Tesla had designed the best self-driving chip in the world, despite the improbability of a company new to chip-building having done so.

Teslas have been involved in a handful of crashes, some of them fatal, involving the use of the company’s AutoPilot system. The system has automatic steering and cruise control but requires driver attention at the wheel. Tesla has been criticized by safety groups for being unclear about the need for “hands-on” driving.

The company also sells a “full self-driving option” for an additional $5,000, explained on Tesla’s website as “automatic driving from highway on-ramp to off-ramp,” automatic lane changes, the ability to autopark and to summon a parked car. Coming later in 2019 is the ability to recognize traffic lights and stop signs, and perform automatic driving on city streets, Tesla says.

But Tesla’s use of the term “full self-driving” still garners criticism, as the option is not yet “Level 4,” or fully autonomous by industry standards, in which the car can handle all aspects of driving in most circumstances with no human intervention.

Tesla says its cars have the necessary hardware for full self-driving in most circumstances, and Musk said in February he was certain that Tesla would be “feature complete” for full self-driving in 2019, although drivers would still need to pay attention until the system’s reliability improved. Tesla reports first-quarter earnings on Wednesday. That is also the deadline by which Musk and the U.S. Securities and Exchange Commission are supposed to settle their dispute over Musk’s use of Twitter.

No morality, no remorse – the sexual psychopath