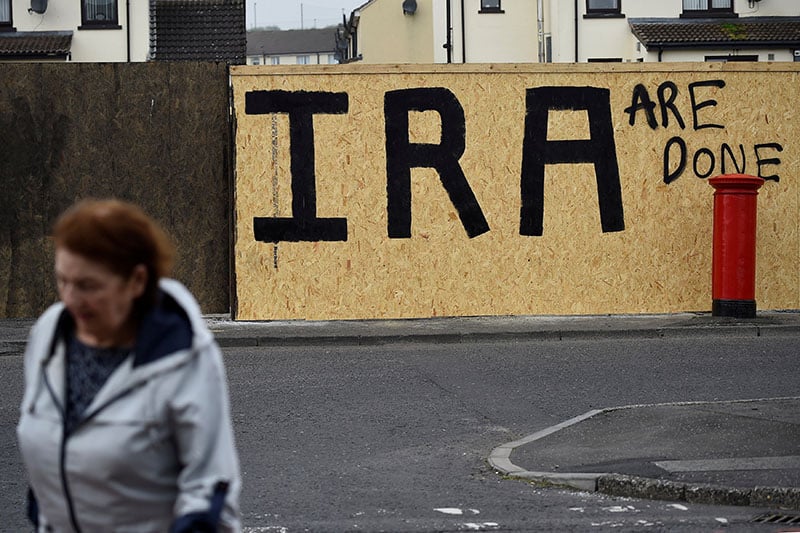 FILE PHOTO: IRA graffiti painted over with a message declaring it a defeated army in the aftermath of the killing of 29-year-old journalist Lyra McKee is pictured in Londonderry, Northern Ireland April 20, 2019. REUTERS/Clodagh Kilcoyne/File Photo

BELFAST, April 23 (Reuters) – Police in Northern Ireland on Tuesday announced the arrest of a 57-year-old woman in connection with the shooting death of journalist Lyra McKee during a riot in Londonderry last week.

“Major Investigation Team detectives have arrested a 57-year-old woman under the Terrorism Act in connection with the murder of Lyra McKee in Creggan in Derry/Londonderry on Thursday, 18th April,” the Police Service of Northern Ireland said in a statement.

Police announced the arrest of two men in relation to the killing on Saturday, but both were later released.