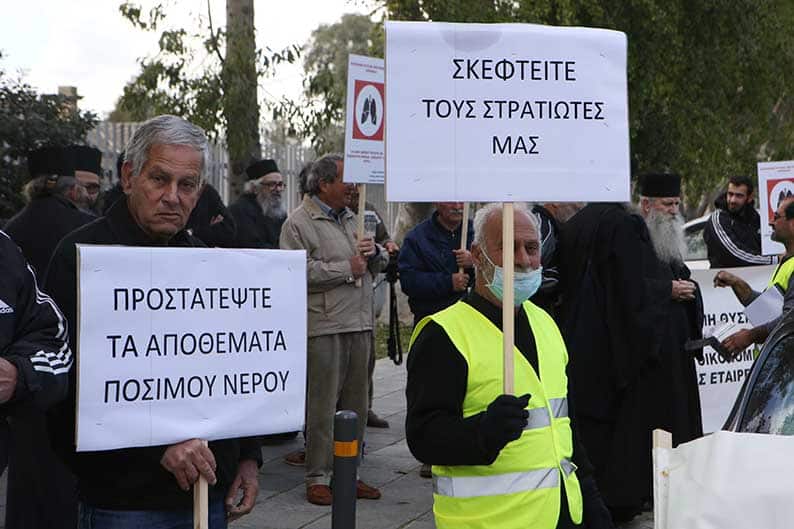 ESSENTIAL environmental and quality of life impact assessments were not conducted prior to the approval of the construction of the controversial asphalt plant in the Pyrga-Kornos areas, a study commissioned by the dissenting local residents’ groups found.

Earlier this year, the environmental department gave the green light for the construction of the asphalt plant reasoning that the project would be constructed in a quarry zone, and that under the terms and preconditions that have been set, would have no negative consequences on public health or the environment.

The proposed plant has caused a wave of reaction from residents and monks from Stavrovouni monastery, which is also in the vicinity. It is also planned close to a Natura 2000 protected area, detractors say. Protesters have staged a number of demonstrations outside the gates of the presidential palace in recent months.

The new study, conducted by the environmental research and consultancy company Isotech Ltd, sought to assess the impacts on the area’s environment and quality of life, as well as on social and economic parameters, health and safety. It highlighted that the construction of the plant was approved without the preliminary essential studies to assess the environmental impact.

The study identified the “very serious noise pollution” impact, that it said will particularly affect a significant amount of people during the night-time working hours of the new plant.

It also refers to the severity of smell and air pollution that it would bring, and said that a systematic documentation of current pollution levels has yet to be conducted.

Residents claim that the area is already affected by various polluting elements, such as the Nicosia-Limassol highway, as well as the operation of two quarries and a treatment plant for excavation, construction and demolition waste. Critics also said the communities of Pyrga and Kornos are showing increased cases of cancer. Air pollution will only become worse with the asphalt production and recycling plant, they said.

“Already, according to a European Commission study on air quality in Cyprus, residents are exposed to dust levels 75 per cent higher than the level permitted by the EU, while quarry activity is responsible for 12 per cent of dust emissions, according to the Ministry of Labour,” the study said.

Noting that so far, no baseline study on current dust levels has been conducted, it called for the immediate installation of an air quality monitoring system in the area for at least six months, which must include the dry months and the period of high dust levels.

Odour pollution must also be taken into consideration, the study said, as “relevant bibliography and experience with the operation of asphalt plants, the production of asphalt mix creates intense smells.”

The study added that he coordinator of the study, Dr Michalis Loizides, “has personally been a recipient of complaints and a conductor of on-scene confirmations of bad odours at distances of up to 2.5km away from asphalt plants in other areas of Cyprus.

If the licence for the plant will not be revoked, then the study called for the terms of the permit to be made clear so as to ensure that they are not circumvented.

Last week, the lawyer representing Stavrovouni monastery, Giorgos Karapatakis, accused the political leaders of Disy and Edek, Averof Neophytou and Nicolas Papadopoulos, of interference in trying to quash opposition to the planned construction.  On Tuesday, an announcement from Disy asserted that Karapatakis, in a letter addressed to Neophytou, later withdrew his accusations of political interference.

Our View: Cyprus needs to bring its rich history to life