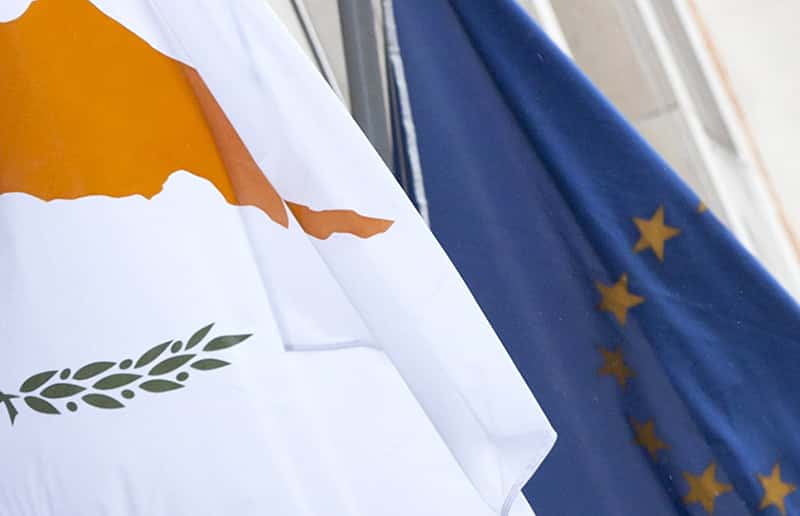 The progression of per-capita GDP in Cyprus compared to the EU average “reflects the severe impact of the economic and financial crisis on the Cypriot economy,” but even so the metric has grown by 31 per cent in the period 2003-2018, according to data published Tuesday by the European Commission on the occasion of the 15th anniversary of the EU’s large-scale enlargement in 2004.

According to the Commission, €1.7bn was invested in Cyprus over the period 2004-2020 under European structural and investment funds, and €98m from additional investments mobilised in Cyprus under the ‘Juncker Plan’ from 2014.

The Commission noted that since the start of its 2014 mandate, European structural and investment funds as well as the Juncker Plan have supported 407 small and medium-sized enterprises in Cyprus.

From 2014 onward, the EU has provided structural funding equal to 20 per cent of all public investment in Cyprus.

The EU is investing the equivalent of €1,069 per Cypriot citizen in structural funding.

Cyprus was one of 10 countries that joined the EU in 2004. To enable these states to catch up with the EU average in terms of growth and income, the EU invested massively via its Cohesion Policy and, since 2014, via the Investment Plan for Europe, the Juncker Plan.

President of the European Commission Jean-Claude Juncker said: “The decision in 2004 to embrace 10 European countries was a great moment for our continent and a great moment in history. The accession of the Central and Eastern European countries, and the courage of their people in preparing for that accession, is what allowed us to reconcile our continent’s geography with its history. I remain an ardent fan of enlargement today.”

The Commission also reported that the EU is funding the construction of a new library at the University of Cyprus. It is also funding e-learning services for the Cyprus University of Technology, and funded major urban regeneration projects in Limassol.

In addition, the Commission cited the example of Engino, a Cypriot start-up that exports gadgets to more than 50 countries. According to the Commission, “its products include simple devices, solar panels and wireless robotics, they are all environmentally friendly and use recycled plastic, sustainable beechwood and motors powered by solar panels rather than batteries.”

An EU loan helped the company build new facilities and upgrade its equipment.

Lastly, Cyprus was allocated €150.8m under the EU Horizon 2020 Research and Innovation Programme. Under Horizon 2020, a program called ‘Spreading excellence and enlargement’ is intended for capacity building in universities and research organisations.

As resignations demand grows, friend who reported Livia missing says police did not even call her