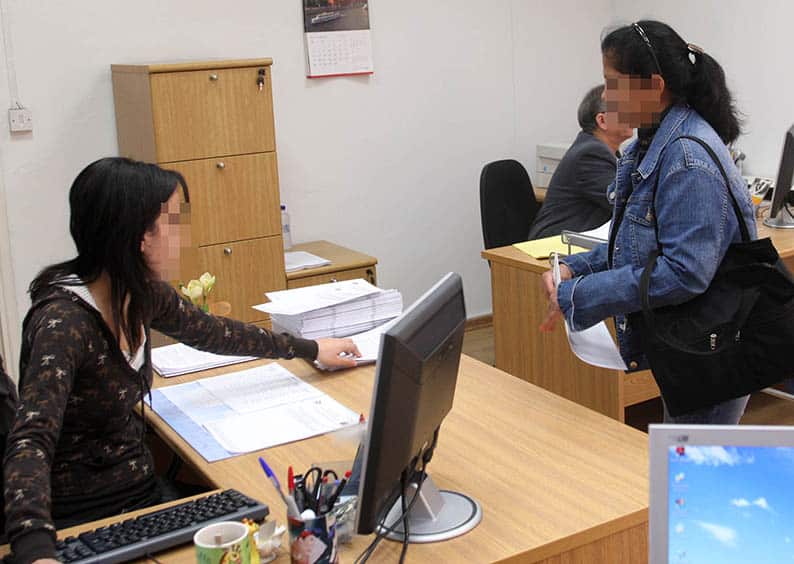 The government on Thursday responded to reports in the international press saying the recent serial killer case involving foreign women and their children exposes the abuse of migrant women in the country.

“The case has exposed an exploitative system that allows tens of thousands of migrant women to work as housemaids in conditions that critics have described as akin to modern slavery,” was how the BBC put it on Thursday.

“We come here and sacrifice our lives. We have families to give food, children to send our salary to. We do this to support our children. But they are treating us like slaves,” one worker told the BBC.

Others said they had been sexually harassed, had their wages slashed, were forced to work 12-14 hours a day and were often shared out between family members to clean different homes and restaurants for the one salary.

In their response, the government spokesman’s office said that according to regulations only one employer is considered legal.

“Any case of enforcement to work for any other person on behalf of employer gives the right to the foreign worker for release from that employer but retaining their work permit so they can freely choose their employer,” it said.

The written statement also said that working conditions were clearly stated in the contracts of employment, which are mandatory. These are the same as those provided in collective agreements “so as to safeguard equal treatment between all workers in Cyprus”.

In addition, the government said all work permit applications by employers are examined by a tripartite committee, consisting of the government, plus employer and workers organisations.

In reply to another comment by a domestic worker, who said that she has to work 7 days a week, the government said the approved personal contract provides for a six-days working week comprising 42 working hours per week. In case of exceeded hours overtime remuneration is provided.

The government claims that a rigorous procedure for the examination of complaints has been established and is being followed. For every complaint filed at the labour relations department, the report stating the findings and suggestions regarding violations of contract is forwarded to a tripartite committee that is responsible to format a final suggestion for the minister of interior.

It has also been reported that domestic workers are sexually harassed, but according to the government every worker has the right to submit a complaint and the equality legislation affords full protection to the complainant. It outlines in detail how such incidents are handled.

The employer is also obliged to pay social security funds, provide full board food and accommodation to the worker and take out health insurance for them.

Cyprus has also ratified the Forced Labour Convention, recognising the need to protect all workers from any form of modern slavery and carries out checks by inspectors to combat undeclared and illegal work.

“Appropriate measures are taken against employers who violate the working conditions regulations, including cancellation of the employer permit,” the announcement concluded.

Later in the day, Peo trade union said the explanations the government “has attempted to provide” did not correspond to reality because the authorities show no willingness to take measures to tackle the problems, despite laws being in place.

“With both the work permit system and procedures for third-country nationals and their conditions of employment, there are problems, the most important of which is that in most cases the whole system is incompatible with the system of employment relations and are not the result of collective labour agreements,” the union said.

“The procedures for monitoring the working and residence conditions of third-country workers are also problematic and inadequate.”

Our View: Resignations that don’t look much like real resignations