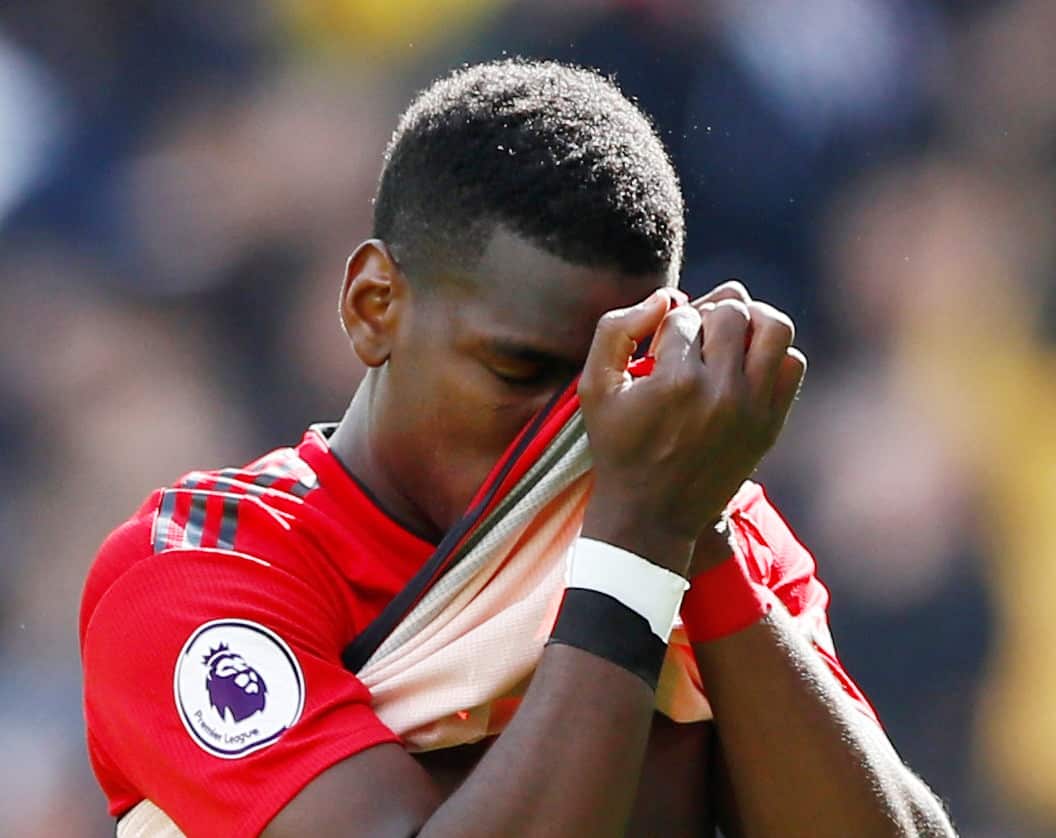 Arsenal 1 Brighton Hove Albion 1
Arsenal’s hopes of claiming a Champions League place via a top-four finish are all but over after Unai Emery’s side were held to a 1-1 draw by Brighton & Hove Albion on Sunday.

Pierre-Emerick Aubameyang made no mistake with the penalty to notch up his 20th league goal of the season.

There was a nervousness about Arsenal, however, and Brighton grew into the game, with the threat of relegation removed by Cardiff City’s defeat on Saturday.

The visitors were level in the 61st minute when the dangerous Solly March made a strong goalwards run and Granit Xhaka was panicked into conceding a penalty that Murray converted.

In an end-to-end climax both teams went close to scoring but the final whistle was met with stunned silence by the Emirates crowd.

With one game left, Arsenal are four points adrift of third-placed Chelsea and three behind Tottenham Hotspur, whose goal difference is eight better than the Gunners.

Hudderafield Town 1 Manchester United 1
Manchester United’s hopes of a Premier League top-four finish were ended after they were held to a 1-1 draw by bottom side Huddersfield Town at the John Smith’s Stadium on Sunday.

Chelsea’s 3-0 win over Watford on Sunday took them third, five points clear of sixth-placed United, who failed to take the race for Champions League qualification to the final day, as they trail Tottenham Hotspur in fourth by four points with just one game left.

Looking for a first win in five in all competitions, United made a fast start, and took the lead in the eighth minute through Scott McTominay.

Already-relegated Huddersfield, who had managed just nine goals from open play prior to Sunday’s match, grew into the contest and almost levelled through Karlan Grant, before Paul Pogba headed against the crossbar three minutes before the break.

Alexis Sanchez, making his first United start since March 2, was replaced early in the second half, before Isaac Mbenza’s first-ever Premier League goal got the hosts level on the hour mark following an error from Luke Shaw.

Pogba again hit the crossbar late on as United looked for a winner, but Huddersfield held on for just their fifth Premier League point from the last 72 available, with United having won just two of their last 11 matches in all competitions.

“It is probably the right place for us, the Europa League,” United manager Ole Gunnar Solskjaer said. “We weren’t good enough in the end. We are all disappointed we are not in the Champions League.

“We have been inconsistent throughout the season, in games as well. Today was the same. It is a fair reflection that we will finish sixth.”

United got into their stride and soon took the lead through McTominay, who netted his second goal for the club through the legs of Huddersfield goalkeeper Jonas Lossl.

Pogba’s header against the bar could have put United further in front, but it was Huddersfield who came out for the second half with added impetus, going close through Grant in the 52nd minute.

Shaw’s awful error in trying to cut out a long clearance from Lossl presented Mbenza with the chance to get off the mark in England, which he duly took, firing through the legs of David de Gea.

Huddersfield fans, already well resigned to their fate, were in fine voice in paying tribute to chairman Dean Hoyle, who will step down after agreeing to sell the club.

“We knew it was going to be our last home game for the chairman,” Huddersfield captain Christopher Schindler said.

Likely gas sharing deal is not to Cyprus’ advantage