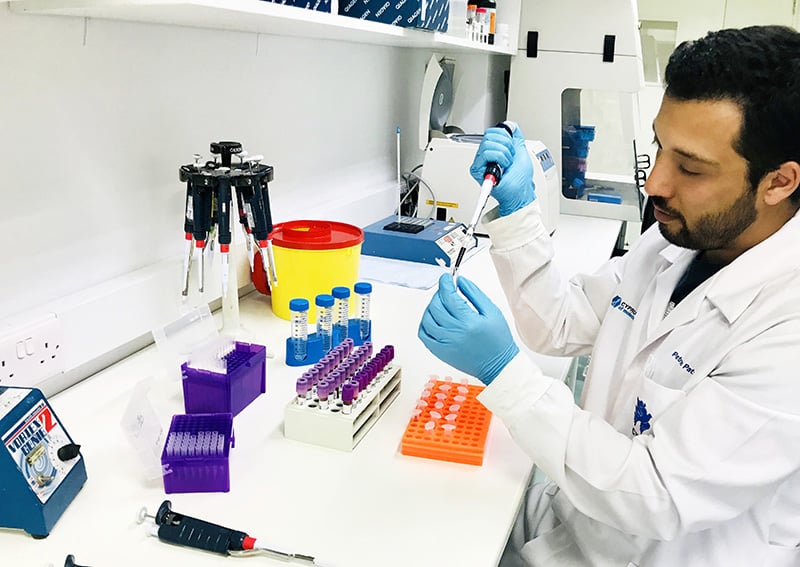 The countdown is on for Thalassaemia gene therapy, the Cyprus Institute of Neurology and Genetics (Cing) announced on Tuesday on the occasion of World Thalassaemia Day, marked on May 8 yearly.

“The disease is unusually common in Cyprus, with more than one in 10 Cypriots being carriers of its clinically most important form, β-thalassemia, and with currently about 600 β-thalassaemia patients. For pairs of carriers each pregnancy has a 25 per cent chance of being affected by the disease,” Cing said.

Thalassaemia, or Mediterranean anaemia, is an inherited blood disease characterised by the reduced ability of red blood cells to carry oxygen to tissues.

A programme of prevention, diagnosis, research and patient care services is pursued by the institute and other experts around the island.

Globally, thalassaemia affects tens of thousands of patients and in its severest form and without adequate care may lead to death in early childhood. Only a fraction of patients find compatible donors for a curative stem cell transplantation, while others require lifelong management with blood transfusions and medication, at inherent risks, substantial cost and overall reduced quality of life.

Researchers and clinicians have for decades been working towards a universal cure for thalassaemia patients, with some success.

A new treatment, under the name of Zynteglo, was conditionally approved in Europe on March 19 this year, a major breakthrough. It is based on the virus-based insertion of a functional β-globin gene in the patients’ own blood stem cells and may therefore provide the patient with functional β-globin for a lifetime. The treatment has proven safe and efficient in long-running clinical trials.

However, patients in need of the new treatment may have to wait until it becomes more affordable.

“The price of one-off treatment with Zynteglo will likely be in the order of several hundred thousand euro, based on existing pricing for conceptually similar gene therapy products for other diseases,” a Cing statement explained.

It is as yet unclear if and how gene therapy treatments will be made available to patients in Cyprus, according to the institute’s researchers.

Prompted by these shortcomings, the Cyprus-based researchers have been working on alternatives.

“With focus on the common β-thalassaemia mutation that affects 76 per cent of disease carriers in Cyprus, the MGTD [Molecular Genetics Thalassaemia Department] has been developing two alternative, mutation-specific gene therapies.

“Both therapeutic approaches are currently being optimised and evaluated further towards potential clinical application, in part based on new funding secured from the Research Promotion Foundation of Cyprus,” the statement concluded.

All at sea: Limassol boat show promises fun for the family