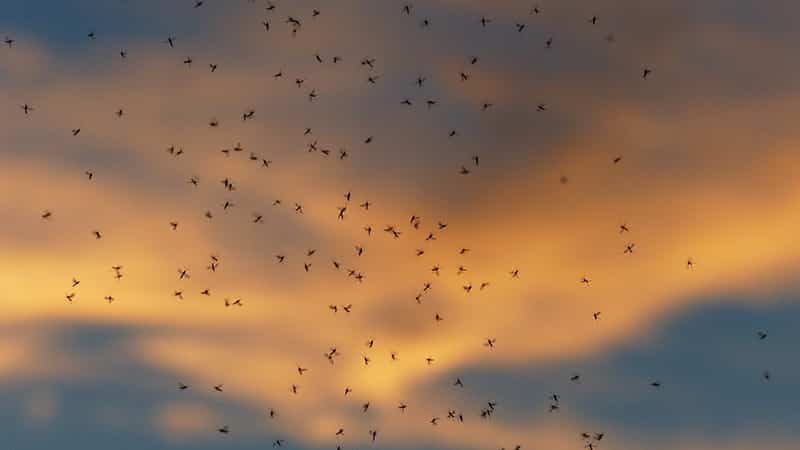 There has been an increase in the numbers of non-biting midges or lake flies in areas near the salt lakes, Larnaca municipality’s heath service said on Tuesday urging members of the public living nearby to take measures.

Due to the fact that non-biting midges’ larvae develop under water it is very difficult even impossible to exterminate them, it said.

The hatched insects emerge from the lake and gather in huge formations, living only between three to five days during which they do not feed but are attracted to light sources (mostly white light) in the evenings.

The overflowing of the salt lakes this year and the high concentration of organic substances in them are ideal for the increase in the numbers of lake flies, the municipality said, adding that it continues to spray both the mosquitoes and the lake flies.

In the case of the lake flies however, “everyone can take their own measures to reduce the nuisance of these insects, especially those who live in the areas surrounding the salt lakes.”

The measures suggested are to avoid turning on outdoor lights, especially those on verandas and entrances of buildings that are visible from the lakes, replacing white light lamps with yel-low light ones and placing dense nets on external doors and windows.

The municipality also suggested closing shutters and curtains in the evening so the interior light of the houses is not visible from far, and using insect killers.

Recreation centres and hotels with outdoor dining areas are urged to avoid turning on white light or placing tables for customers under lamps or other light sources.