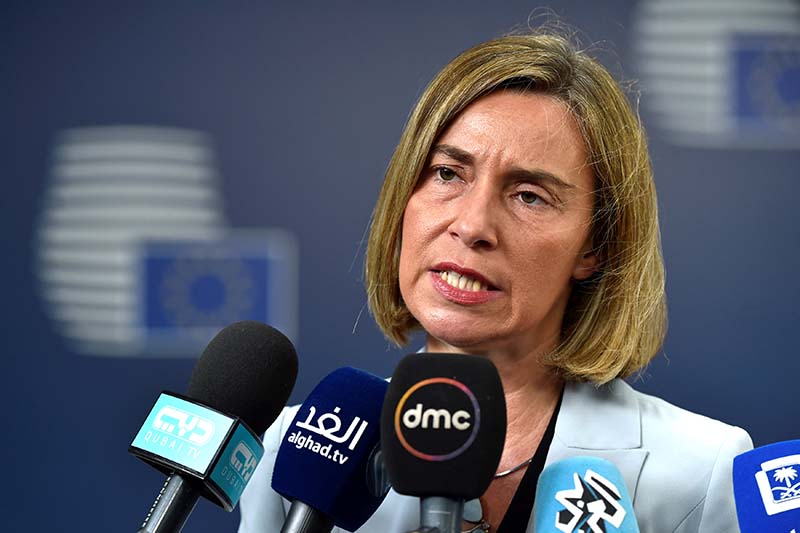 THE government is taking all the necessary measures, legal and diplomatic, in the hope of dealing with Turkey’s decision to send the drillship Fatih into the Cypriot Exclusive Economic Zone (EEZ). As a first step it has secured public expressions of concern about the situation from the EU, Greece, Egypt, Russia, US and the UK, most calling for a de-escalation.

Federica Mogherini, the High Representative of the EU for Foreign Affairs and Security Policy, took the toughest stance, calling on Turkey to respect the sovereign rights of the Cyprus Republic and to refrain from unlawful actions in the Cypriot EEZ. She also warned that there would be a reaction by the EU “in full solidarity with Cyprus”, prompting a response from Turkey’s foreign ministry which said it would go ahead with the drilling “in line with its legal rights”.

Meanwhile, President Anastasiades is expected to discuss the situation at the informal European Council that will be held in Romania, while Foreign Minister Nicos Christodoulides said the matter will be top of the agenda of his talks in Paris on Tuesday. Christodoulides said he was also in contact with governments of EU member-states to explain Turkey’s violations of the Cypriot EEZ. It is understood the government could demand a revision of the EU-Turkey customs union, which may be unrealistic, and seek a freeze of EU funds for Turkey.

This is presumably one of the ways Nicosia hopes to create a cost for Turkey’s actions and is a demand being made by the political parties. On Monday, it also announced that international arrest warrants would be issued against the crews of the ships participating in the illegal Turkish drilling. This could frighten members of the crews – there are three vessels accompanying the Fatih – that are European nationals. Anastasiades, in an unintentionally amusing utterance, also warned that Turkish actions cannot facilitate the resumption of Cyprus talks.

The government is doing everything it can, but are these actions enough to force Turkey to take its drillship out of the Cypriot EEZ? It seems doubtful given that Ankara’s objective is to question the legitimacy of the Cypriot EEZ. By sending Fatih to the Cypriot EEZ it has done just that, creating a fait accompli in the seas, not dissimilar to the occupation of the north of Cyprus. There is no shortage of UN resolutions on Cyprus that have never been implemented and we fear we will face the same situation with regard to our EEZ, no matter how many statements of solidarity or support are issued by the EU and other countries.

This may well be just one more time Turkey, where might is right, has violated international law at the expense of Cyprus with impunity.