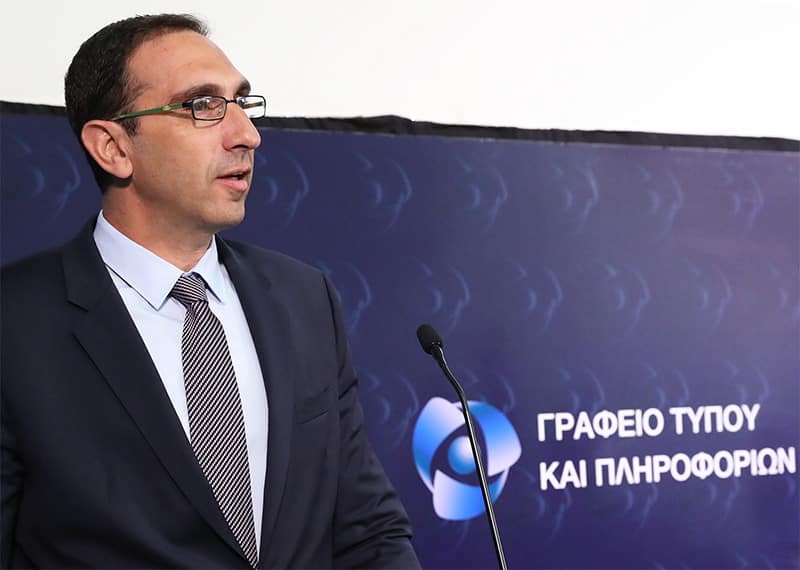 Health Minister Constantinos Ioannou on Tuesday called the mass registration of the public for Gesy a “touching response” to what he described as “the greatest social project of at least the last five years.”

Presenting the work of the health ministry for March-April, Ioannou said that by late afternoon on Monday, over 220,000 people had registered for Gesy “refuting the claims of all those who in recent months expected that Gesy would launch unsuccessfully.”

Regarding the registration of under-18s, whose registration process began on Monday afternoon, Ioannou said that by Tuesday morning around 25,000 had registered and chosen a paediatrician from the 65 who have so far offered their services to Gesy.

Though reports on Monday claimed that available paediatricians in Gesy numbered 70, concerns were already being raised over whether the number was sufficient, as the Health Insurance Organisation (HIO) claimed that a total of 90 paediatricians would be needed to guarantee quality healthcare for children within Gesy.

Earlier in the year, the HIO had said that 130 paediatricians would be needed to ensure a smooth start to healthcare reform.

There are 323 GPs so far within Gesy, Ioannou noted, while 124 pharmacies, 200 pharmacists and 57 clinical laboratories have applied to join, whose applications are being studied by the HIO.

Currently, Ioannou said, the dialogue is intensifying with private hospitals in view of the second phase of Gesy which is set to begin in March 2020, and which will include in-patient care, as the government and HIO are now guided by a different strategy so that agreements can be reached in the coming months.

So far, a number of private hospitals, clinics and polyclinics in the Nicosia, Limassol and Paphos districts have said they intend to participate in the national health scheme (Gesy), though the Larnaca and Famagusta districts remain a source of concern.

Also intensifying are the efforts by the state health services organisation (Okypy) towards the administrative and financial autonomisation of public hospitals, as well as towards the preparation of the public sector for the new environment that will be brought about with the implementation of Gesy, Ioannou said.

The main focus of efforts in view of the implementation of Gesy has turned towards ensuring the effectiveness of healthcare reform. Ioannou announced the opening of hundreds of job vacancies, while a subsidy scheme is also being drafted for the purchase of medical equipment from private hospitals.