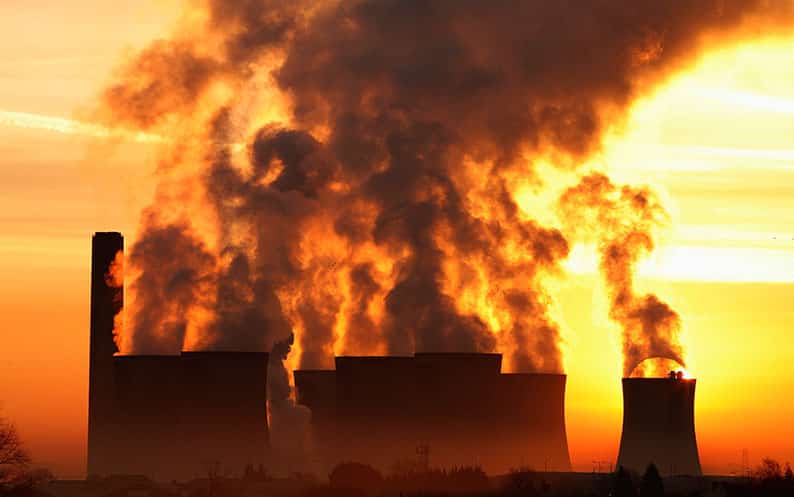 Britain, the birth place of coal power, is set to go seven days without electricity from coal-fired stations for the first time since its 19th century industrial revolution, the National Grid operator said on Wednesday.

Britain was home to the world’s first coal-fuelled power plant in the 1880s, and coal was its dominant electric source and a major economic driver for the next century.

However, coal plants emit almost double the amount of carbon dioxide (CO2) – a heat-trapping gas blamed for global warming – as gas-fired power plants, and were moved out of Britain’s cities from the late 1950’s to reduce air pollution.

As part of efforts to meet its climate target to cut greenhouse gas emissions by 80 percent compared with 1990 levels in the next three decades, Britain plans to wean itself completely off coal-fired power generation by 2025.

“At 1.24 pm (12.24 GMT) today, we will reach over a week of no coal being used to operate the electricity system,” Fintan Slye, director of National Grid Group’s Electricity System Operator, said in a statement.

“As more and more renewables come onto our energy system, coal-free runs like this are going to be a regular occurrence.”

Low power prices and levies on CO2 emissions have also made it increasingly unprofitable to run coal plants, especially when wind and solar power production are high.

Britain’s independent climate advisers, the Committee on Climate Change, last week recommended that it deepen its climate target to a net zero greenhouse gas emissions by 2050.

This would require even more renewable electricity production, an earlier phase out of new petrol and diesel cars, and lifestyle changes such as lower beef and lamb consumption.

Britain’s last deep-cast coal mine closed in North Yorkshire in 2015, marking the end of an era for an industry once employing 1.2 million people in nearly 3,000 collieries.

Former Prime Minister Margaret Thatcher sounded the death knell for the industry in the mid-1980s when she defeated a bitter year-long miners’ strike against plans to close collieries and eliminate jobs.

Last year the government rejected plans from Banks Mining to develop a new coal mine in northeastern England on the grounds it could hamper efforts to curb climate change.

However, the company won a High Court challenge to fight the decision and the application is now back with the current local government minister, James Brokenshire.

‘Biggest embarrassment of all time’: press digs knife into Barca