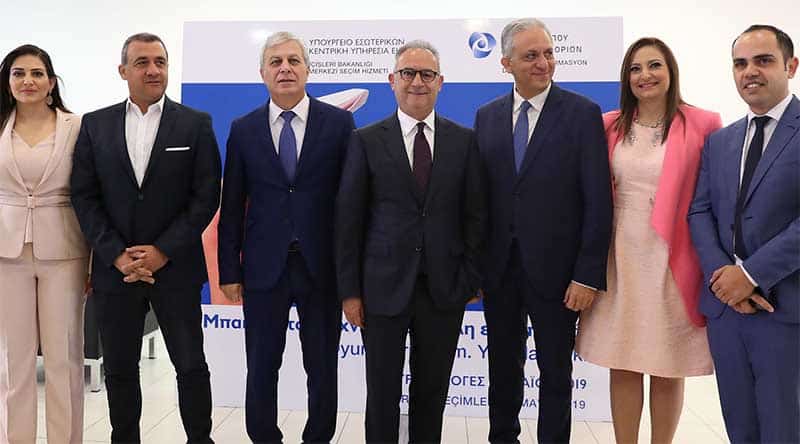 We know that in an election campaign things often turn nasty but Disy has shown a staggering lack of political judgment in cynically targeting the candidacy of Turkish Cypriot academic Niyazi Kizilyurek in order to win some ultra-nationalist votes. How could a party that claims to be committed to efforts to find a settlement engage in relentless attacks against Akel for including a Turkish Cypriot on its ticket for the European elections? Is this how it wants to promote the idea that it supports reunification and the peaceful co-existence of Greek Cypriots and Turkish Cypriots?

Kizilyurek is a citizen of the Cyprus Republic who is employed by the University of Cyprus and actively participates in public life; he has every right to stand as a candidate. Disy has not attacked him directly, but directed its fire at Akel, for which he is standing, claiming the party was resorting to different campaign messages in its gatherings in the north and when addressing Turkish Cypriot audiences.

Is Nouris so ignorant he does not know that MEPs represent citizens rather than states or governments? They represent European citizens and join parties or groups in the European Parliament based on their ideology rather than their ethnic origin. As for his alleged concern about the lifting of the embargo, was he seriously suggesting that two Akel deputies would be able to swing the vote in a parliament of 751 members? This was not the only danger of electing a Turkish Cypriot MEP, according to Disy’s vice president, Kizilyurek had promised Turkish Cypriots that if elected he would try to introduce Turkish as an official language of the EU. Why had Nouris not expressed this concern when President Anastasiades proposed it in 2016?

This cynical electioneering by Disy is aimed at attracting the votes of the nationalist loony fringe. It is the reason the party has included the ultra-nationalist Eleni Stavrou on its ticket. In previous European elections it had Eleni Theocharous as the candidate to bring in the ultra-nationalist vote. Now it has Stavrou, who has repeatedly attacked Kizilyurek during the campaign, and is obliged to back its candidate. It is ironic that the hard-line rejectionist parties have adopted a much more reasonable stand towards Kizilyurek than Disy, the supposedly pro-settlement party that cannot tolerate a Turkish Cypriot standing as a candidate in European elections.

Iran rolls back ‘some commitments’ under nuclear deal abandoned by US