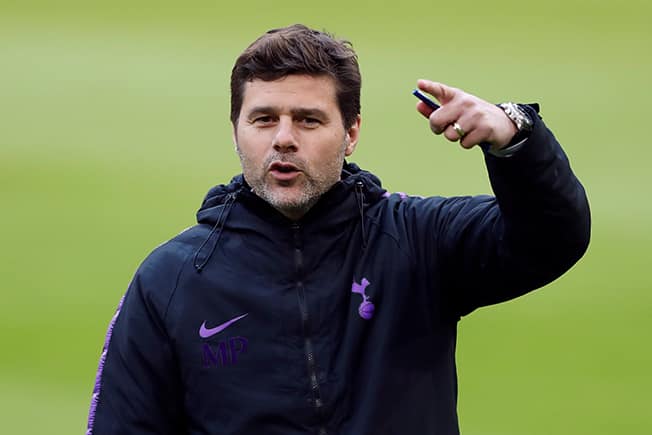 Tottenham Hotspur’s Argentine manager Mauricio Pochettino said he might “go home” if his side pull off what he described as “a miracle” and win this season’s Champions League.

Spurs must overturn a 1-0 deficit at Ajax Amsterdam in the second leg of their semi-final on Wednesday to set up an all-English final against Liverpool in Madrid next month after the Meserseysiders stunned Barcelona 4-0 on Tuesday.

“Winning the Champions League? It should be fantastic, no? Close the five-year chapter and go home,” Pochettino, who is one year into a new five-year deal, told a news conference at the Johan Cruyff Arena.

Pochettino, 47, appeared to be joking, although he said it would be hard to top winning this year’s Champions League with a squad that has seen no additions for two transfer windows and which managed only one point from their first three group games.

“To win in these circumstances this season, maybe I need to think about maybe doing something different in the future,” said the manager who took charge in 2014 and has overseen the club’s move into a new stadium after several delays this season.

“To repeat this miracle, you know would be impossible.”

Tottenham’s cause received a boost on Tuesday when their defender Jan Vertonghen trained after missing Saturday’s Premier League defeat at Bournemouth after suffering a head injury in last week’s 1-0 home loss by Ajax.

The Belgian former Ajax player Vertonghen trained wearing a face mask to protect the nose he broke in a sickening clash of heads with team mate Toby Alderweireld.

Vertonghen attempted to play on last week before being substituted after seemingly struggling to stand up. Spurs said last week he had not suffered a concussion.

There was less good news, however, with fellow central defender Davinson Sanchez ruled out with a thigh injury picked up in the Bournemouth game.

“He (Vertonghen) suffered nothing wrong more than cutting his nose,” Pochettino told reporters.

“A lot of players keep playing with the same situation. If he is fit tomorrow, and we believe that, then we want to give him the possibility to play. I don’t think he needs a mask.”

Tottenham, without injured talisman and top scorer Harry Kane, face a daunting task to reach their first Champions League final. Only one team of the 17 who have lost a Champions League semi-final, first leg at home have overturned the tie — when Ajax overhauled Panathinaikos in the second leg in 1995/96.

But Spurs do have their South Korea forward Son Heung-min, hero of the epic quarter-final win over Manchester City, back after missing the first leg through suspension and Argentine forward Erik Lamela could also be available to add firepower.

Pochettino said the situation should allow his side to play with more freedom than in the first leg, and he will surely view Liverpool’s recovery from 3-0 down after the away leg to beat Barcelona 4-3 on aggregate as an example of never giving up.

“The negative result in the first leg (at Tottenham) obviously makes it more difficult tomorrow, but the tie is still open,” he said.

“We know we need to win and perform to our best. It’s an exciting moment for us. We need to feel more freedom to play tomorrow, because we have nothing to lose.”