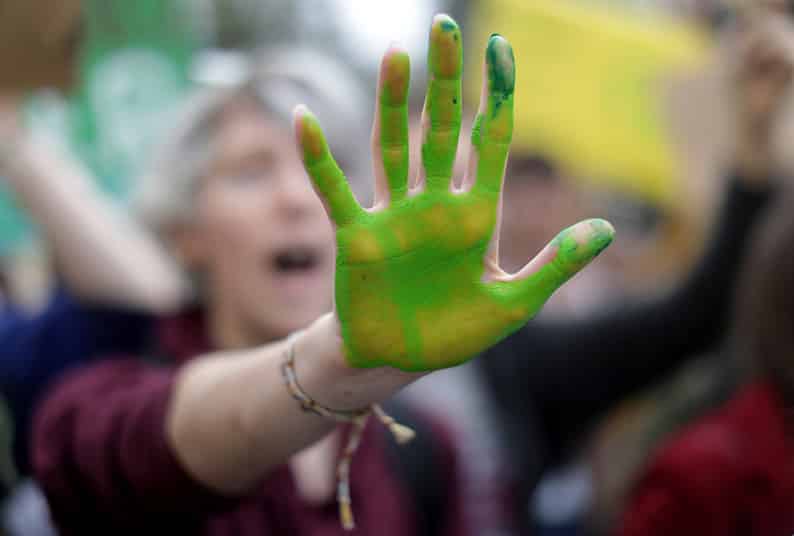 The European Union’s 28 countries consume the Earth’s resources faster than they can be renewed and none of them has sustainable consumption policies, a report released on Thursday said, as EU leaders met to discuss priorities for the next five years.

“All EU countries are living beyond the means of our planet.

The EU and its citizens are currently using twice more than the EU ecosystems can renew,” the report http://d2ouvy59p0dg6k.cloudfront.net/downloads/wwf_eu_overshoot_day___living_beyond_nature_s_limits_web.pdf by the World Wide Fund (WWF) and Global Footprint Network said.

It was issued as leaders met in the Romanian city of Sibiu to set the course for the bloc after Britain’s planned departure from the EU.

French President Emmanuel Macron said before the summit that climate change was one of his top three priorities, but in a declaration at the end, 27 EU leaders set it as the last one of 10.

Views on concrete action to be taken to combat climate change differ between EU countries, influenced greatly by their dominant industries, such as carmakers in Germany or the coal industry in Poland.

The chairman of the summit, President of the European Council Donald Tusk, said there was no future for politicians who were not sensitive to climate change and environment protection issues.

“The young generation is much more united on this than the member states. The truth is that nothing has changed when it comes to this divide and different opinions about this. What is new is this very fresh and energetic pressure,” he told a news conference after the summit.

Climate protection and sustainable development is also an important topic in the election campaign for the May 23-26 European Parliament elections, which will influence the leadership of European institutions and their programs.

The European Commission has been pushing for the EU to become climate neutral by 2050 through reducing carbon emissions that will otherwise boost the Earth’s average temperatures with devastating consequences.

“In other words, 2.8 planets would be needed if everyone consumed at the rate of the average EU resident,” it said.

It said the EU’s smallest and richest country, Luxembourg, was also the one which used up renewable resources the fastest last year. Just 46 days into the year, it had consumed its full share of the Earth’s resources, it said.

The EU’s poorest nation, Romania, took the longest to arrive at that point, on July 12th. But that was still earlier than the world’s average of August 1, called Earth overshoot day.