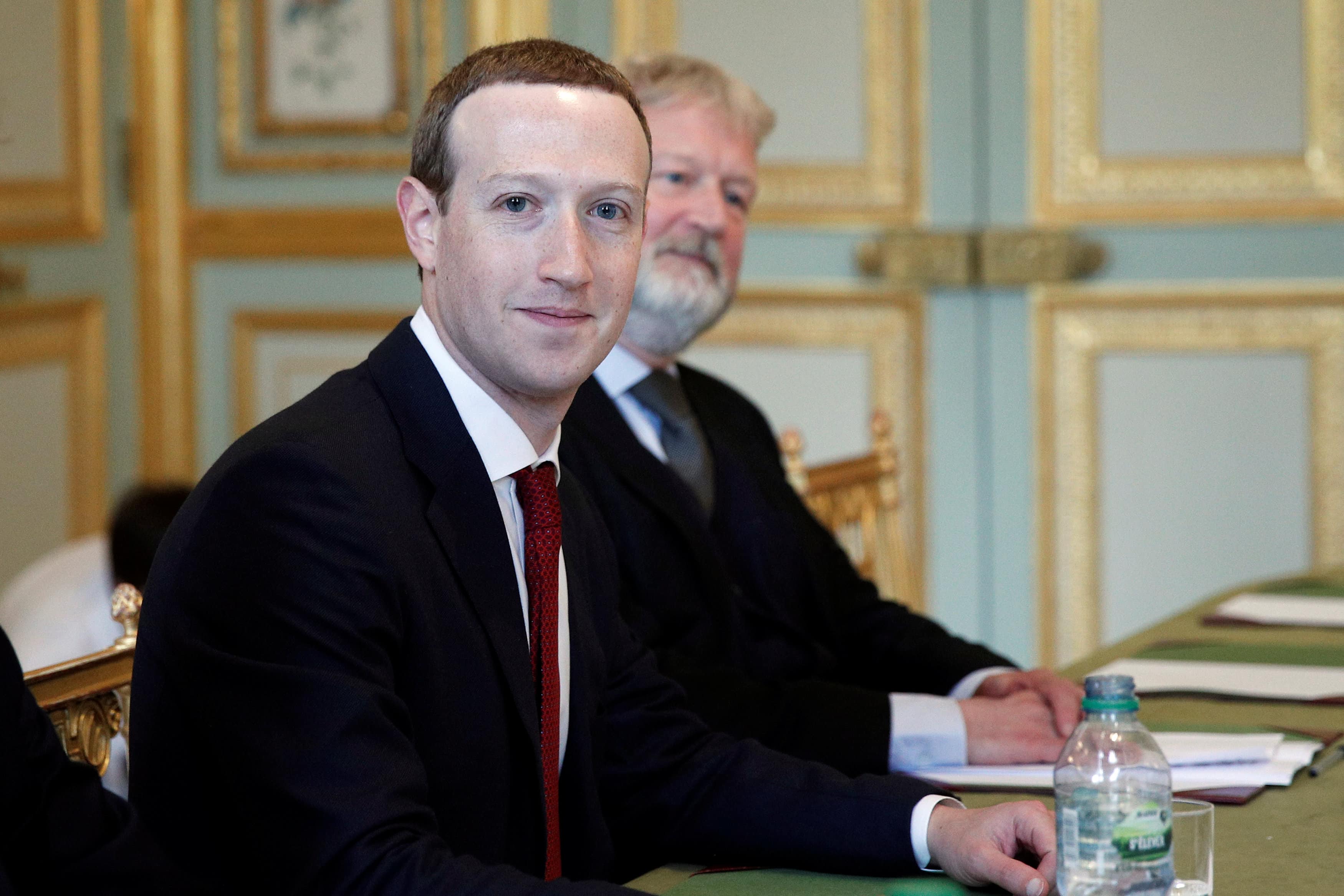 CEO and co-founder of Facebook Mark Zuckerberg meets with French President Emmanuel Macron (not pictured) at the Elysee Palace in Paris, France, May 10, 2019. Yoan Valat/Pool via REUTERS

His comments come after the U.S. social media giant was heavily criticised by politicians and the public for its failure to more rapidly remove footage of the March shooting attack in Christchurch, New Zealand, from its network.

Fifty people were killed in the assault, with footage of it circulating online for days.

Zuckerberg’s meeting with Macron coincided with the release of a report commissioned by the French leader recommending increased oversight of Facebook and an independent regulator to police the efforts of large tech companies to deal with hate speech.

“If more countries can follow the lead of what your government has done here, that will likely end up being a more positive outcome for the world in my view than some of the alternatives,” Zuckerberg told reporters at Facebook’s Paris office after the meeting at the Elysee palace.

“We need new rules for the internet that will spell out the responsibilities of companies and those of governments,” he told France 2 television in an interview. “That is why we want to work with the team of President Macron. We need a public process.”

The French president wants France to take a leading role on tech regulation, seeking to strike a balance between what he perceives as the United States’ laissez-faire stance and China’s iron grip on the internet.

The 33-page report, co-written by a former lobbyist for Google France, recommends that French authorities should have more access to Facebook’s algorithms and greater scope to audit the company’s internal policies against hate speech.

The report comes after Facebook allowed a team of French regulators to spend six months inside the company monitoring its policies. It represents a “half-time” assessment for their stint which started in January.

“The inadequacy and lack of credibility in the self-regulatory approach adopted by the largest platforms justify public intervention to make them more responsible,” the report said.

Companies like Facebook cannot simply declare themselves to be transparent, it added, noting that checking the integrity of the algorithms they use was a particularly complex task.

However, the convergence between French regulators and big tech companies was criticised by some internet lobby groups.

“Up to now, in terms of regulation, only the internet giants have been invited to the table, while others wait for decisions to be taken to have more visibility,” Constance Bommelaer de Leusse of non-profit group Internet Society said.

“This only reinforces the dominating position of Web giants,” she said.

This week, Chris Hughes, one of the founders of Facebook with Zuckerberg while they were at Harvard, wrote in a long opinion piece in the New York Times that he believed the company was too powerful and needed to be broken up.

Zuckerberg declined to comment on Hughes’ piece when asked by reporters in Paris, but Nick Clegg, his global communication head and a former British deputy prime minister, dismissed it as “melodramatic”.

“For us, the alternative to these melodramatic calls for breaking up companies is exactly what we’re discussing here, which is proper regulation. What the tech sector needs is not to be broken up, it is proper rules,” Clegg said.

France’s parliament, where Macron’s ruling party has a comfortable majority, is debating legislation that would give the new regulator the power to fine tech companies up to 4% of their global revenue if they don’t do enough to remove hateful content from their network.

Facebook’s decision to allow the team of French regulators inside the company was the first time the company had opened its doors in such a way.

Facebook’s shares fell as much as 5% in a single day following the Christchurch shooting, but have since risen by about 10%, helped by good first-quarter results.

Italy confirms Venezuelan opposition lawmaker is in its Caracas embassy