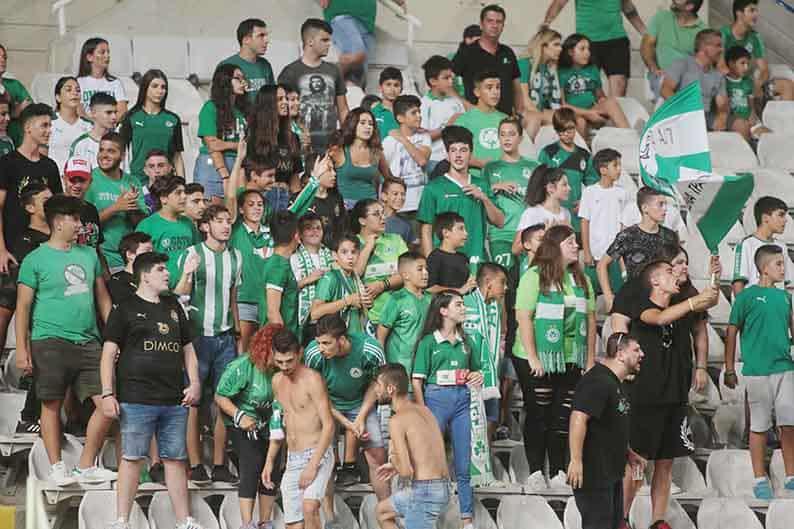 Shortly after midnight on Friday morning police arrested a 25-year-old man who allegedly caused damage to property and used violence at a football match at Nicosia’s Makarios stadium on Wednesday.

The incident occurred at around 2.40pm on May 8 before the start of the match between Omonia 1948 and Troulloi FC, when the bus in which the Troulloi team travelled was attacked outside the stadium by around 40 people.

The hooligans reportedly damaged the windscreen and the outside of the bus and threw flares into the vehicle.

Six of the footballers on the bus were affected by the resulting smoke and were taken to Nicosia general hospital, while a seventh visited Larnaca hospital.