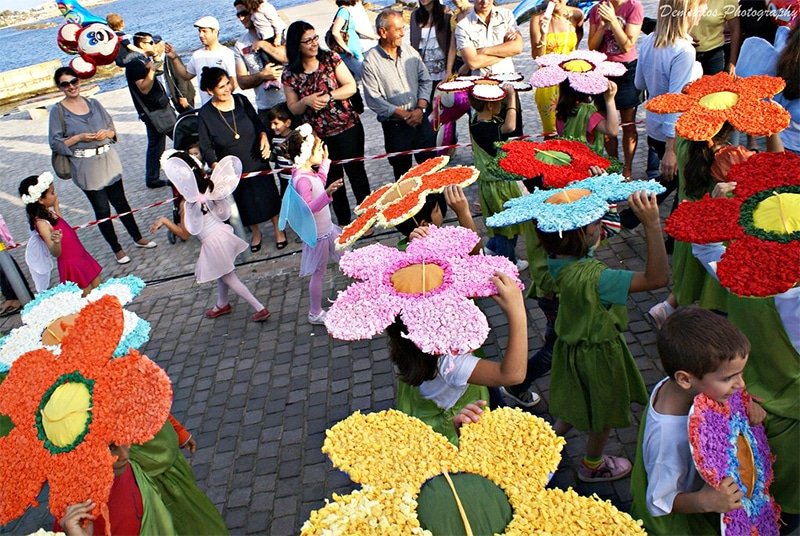 The annual Anthestiria Flower Festival will take place in Paphos on Sunday in the centre of the town, starting off with a theatrical offering.

“It is an original and creative way to present the flower festival,” a spokesman for Paphos municipality cultural services, told the Cyprus Mail.

The traditional event, which has a history spanning close to a century, sees locals taking part using fresh flowers as a centre piece.

It was first organised in Paphos in 1920 by a collection of different local groups. Since 1992, Paphos municipality and the Nature Lovers and Cultural Society of Paphos have worked together to organise the event.

Participants will include a large number of children and the event will get underway outside the central Cyta offices in Paphos and will end up at the town hall square. The sounds of the Paphos Philharmonic Orchestra will start off the proceedings at 5pm.

Those making the short walk will be carrying flowers or baskets of flowers which have been donated by the municipality and put together by volunteers.

The procession will arrive at Paphos town hall square where a music and dance programme will follow. It will include the choir of the Paphos cultural association Evagoras Pallikaridis, the Paphos folklore club Ktima and the Paphos Aphrodite Trio, soprano Chrysoula Pentara and tenor Thomas Nicodemus.

The spokesman said that the festival has its roots in the Anthestiria celebrations of ancient Greece which were held in honour of the Greek god Dionysus and other deities to spread joy among the people.

Dionysus is the god of the feast, reigning the banquets, with their flower wreaths, luring joyful dances and the sound of the flames.

Dionysus was the most delighted of the gods and the most beloved of the people, and for that reason many Dionysian Feasts were held in his honour.

The event, at the town hall square, focuses on the Feast of the Anthysteria, related to the end of winter and the coming of spring, the cultivation of the earth, the new harvest and new beginnings, the spokesman said.

“Through the art of acting, narration, music and dance, Dionysus will enter the city and revive artistically, in a modern performance, the three basic stages of the Dionysian Feast of the Anthousteria,” he said.

The stage is designed and constructed by Yannis Sakellis.

The celebration will also include face painting, inflatables, and more activities for children.

A flower exhibition by Paradise Gardens nursery will also be held in the square.

From 5pm at the Cyta offices in central Paphos. For further information, contact the Cultural Service of Paphos municipality: 26 932014