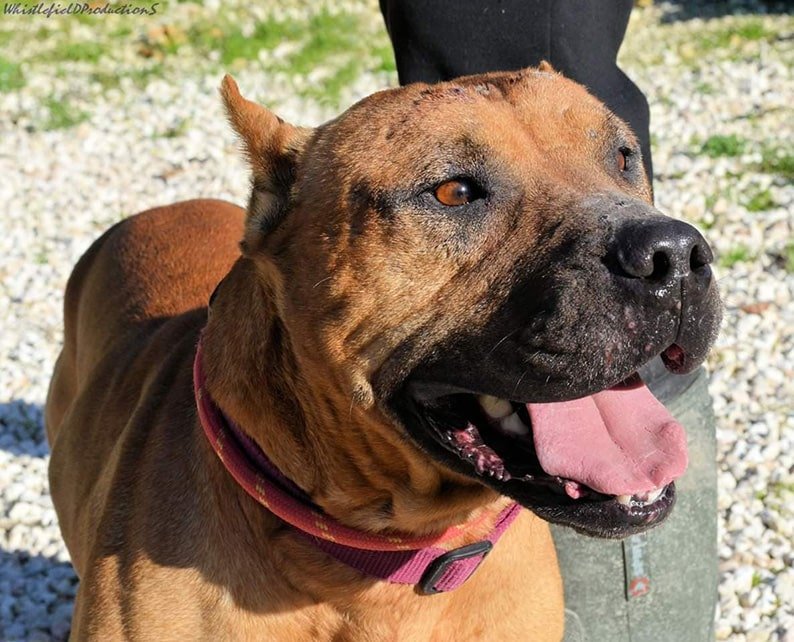 Paws dog shelter in Paphos will hold their annual open on Saturday and are hoping to raise much-needed funds to support the animals and also to re-home them.

This event, now in its fourth year is a great way to raise awareness of the charity’s work and attracts around two hundred visitors every year.

The numbers of abandoned and stray dogs, many of them dumped in terrible conditions, is particularly prevalent this year, according to shelter manager Matthew Harris.

“As quickly as we re-home and neuter the dogs, more and more appear. We aren’t; able to take them all and I have never seen so many stray dogs in areas such as Tala, Peyia and Coral Bay,” he told the Cyprus Mail.

There are currently around 150 dogs and puppies at the facility, many of them have sad stories, and more recently numerous serious cases of cruelty are being witnessed, he said. Dogs are also being dumped in a nearby lane or tied to the shelter gates in terrible conditions and in all weathers.

Storm, a 7-year-old Staffordshire Bull Terrier/ Pit Bull cross was left abandoned and tied up outside Paws around six months ago in a raging storm, hence the name, she had obviously just been used in a fight.

Storm is classed as a banned breed,(Pit Bull Terrier or American Pit Bull and crossbreeds of each are on the dangerous breeds list in Cyprus and importing and owning them is banned- owners of these breeds, before the law was passed in 2002, should spay or neuter them to avoid further breeding) she needs to be re-homed in Cyprus, as she is not allowed to fly.

Harris said she is a beautiful dog who deserves a loving home.

“Storm loves humans and loves to be cuddled but she is not great with other dogs as she has been used for fighting,” he said.

Another Staffordshire/ Pit Bull cross is also looking for a forever home. Baxter is four years old and has also been used for fighting, he too is a lovely dog, said Harris.

Dogs such as these are often passed over by members of the public looking to adopt, and size is also a factor. This is the case for yet another banned breed, Bob a 7-year-old Dogo Argentino, is also looking for a new home. He is used to living in a house and was previously with another dog, and is very friendly.

“Bob is quite large, so his size puts people off,” said Harris.

The open day is a good opportunity for the public to visit the shelter, see the work the volunteers do at the facility, chat to them and ask them questions and perhaps decide to volunteer too. They can also engage with the dogs and puppies looking for new homes.

In addition, people that have already adopted previous shelter residents often bring them back to the open day, to show them to volunteers and also share their experience with others, said Harris.

“It’s very important for us all to see the dogs that have been adopted in their new homes, happy and loved,” he said.

The shelter costs around €230,000 a year to operate and is funded by the Paws charity shop in Chlorakas and other fund-raising events. The shop, is stuffed full of furniture, clothes, bric-a-brac and all sorts of items for the home, it brings in around €10,000 a month, he said.

Harris and his staff also visit schools and education centres to teach about animal welfare and how to look after a pet at home, students can also come to the shelter, he said.

As with some other charities, Paws often re-homes dogs abroad, but despite large numbers leaving the island and neutering programmes taking place, Harris said numbers of unwanted dogs show no signs of decreasing.

“I can’t really fathom out why this, but basically, people aren’t responsible.”

Recently Harris was at Paphos airport as a shelter dog was off abroad to be re-homed, and was astounded that there were 36 other dogs leaving from all different charities.

The official name of the registered charity is ‘the Cyprus Association for the Protection and Care of Animals’ (CAPCA), but it is better known as Paws. The dog shelter is found in Achelia, close to Paphos airport.

The open day get underway at the shelter at 10am until 3pm and there will be 31 stalls selling all sorts of different items.

There is also a tombola, refreshments, cakes, a coconut shy and other games, and entertainment from DJ Jason Collins and performer Aimie Wilde.

All of the proceeds from the day will go to Paws dog shelter.