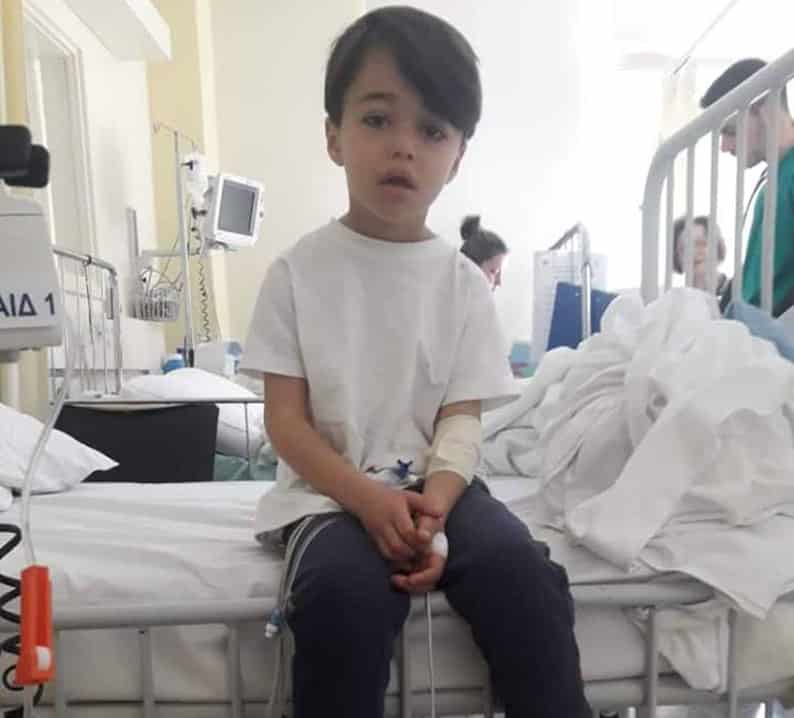 An eight-year-old Syrian boy living in Paphos returned to Cyprus on Thursday with his father, after undergoing a life-saving operation for a brain tumour in Germany.

Ahmed Al Shiko was rushed to Germany in January, accompanied by his father Abdo, after doctors at Makarios hospital decided he needed to be transferred for specialised surgery. He had been at Makarios hospital for around two weeks and undergone an operation there, but it wasn’t successful.

Ahmed was kept in an induced coma for some time, following his operation in Germany, and will now complete his treatment in Cyprus, according to refugee group volunteer, Rehab Al Habrat.

She volunteers with both the United Nations High Commission for Refugees and Caritas, a charity working with refugees.

“His mother told me that she is so excited to see Ahmed as she hasn’t seen him for months and she is grateful for all of the help that everyone has given,” Al Habrat told the Cyprus Mail on Thursday.

Although the state paid for the child’s medical treatment, the cost of the father’s flights to and from Germany, food and accommodation were not covered.

Following an appeal for the family, Caritas, One Dream, One Wish Foundation – the Cyprus association for children with cancer and related diseases and members of the public donated funds and nappies and baby milk to the family, which has been a tremendous help, the volunteer said.

Some of the money was sent to Abdo, the child’s father, who had to stay in Germany with his son and helped to cover the cost of his accommodation and food.

In the meantime, Ahmed’s mother remained in Paphos with the couple’s younger children, a four-year-old girl and a son who is under a year old.

Caritas paid the family’s rent for six months and handed over funds to enable them to purchase much-needed furniture and pay essential bills, such as electricity.

“They had been living in terrible conditions, but after pressure the landlord is now fixing things like the toilet, sink and other things that need to be done,” she said.

Ahmed will spend just two days at home with his mother before he starts further treatment here in Cyprus that includes chemotherapy and physiotherapy.

“He is not able to walk yet and his speech is still affected.”

The family arrived in Cyprus around ten months ago, fleeing Aleppo in Syria and claimed asylum. It took a considerable amount of time for them to receive their first financial assistance from the Cyprus government.

Although they now have financial assistance, they are still in need of nappies and powdered baby milk.