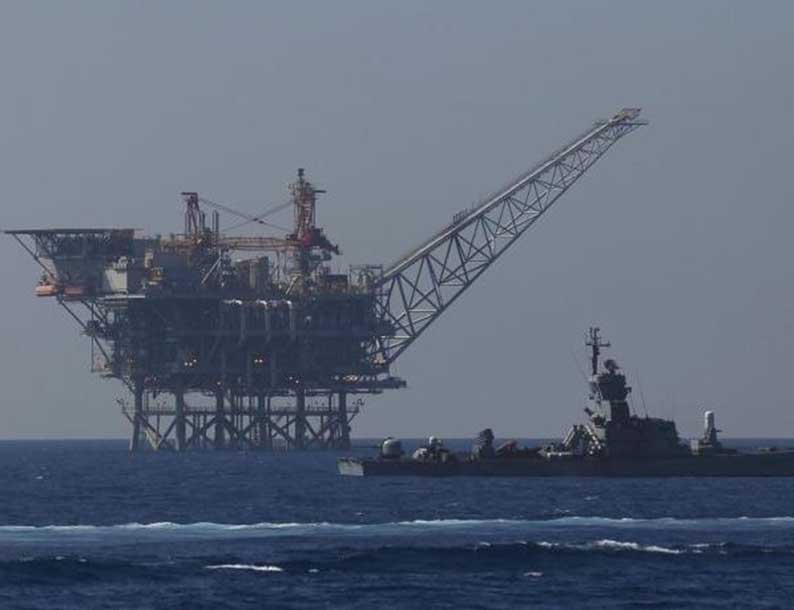 Energy Minister Giorgos Lakkotrypis said significant progress has been achieved in negotiations with energy giants Total and Eni over an offshore concession inside the island’s exclusive economic zone (EEZ).

“One more round has been completed today with the Total-ENI consortium over the block 7 licence,” Lakkotrypis told the Cyprus News Agency.

The minister added that significant progress has been achieved on commercial, technical, and legal aspects.

“Some outstanding legal aspects will be clarified within a short time so as to reach a final agreement.”

After a gas discovery made by Total and ENI in neighbouring block 6, the government decided last year to launch a closed licensing round between companies with concessions bordering block 7.

The final agreement will be put before the hydrocarbon advisory committee before going to the cabinet for approval.

Foreign Minister Nicos Christodoulides said on Thursday that developments concerning the energy programme should be expected in the next few days.

A day earlier, Christodoulides visited Paris where he held meetings at a political level. He also met with Total deputy director of North Africa and Middle East Elias Kassis, with whom he discussed the company’s future plans in Cyprus, both in relation to drilling targets and new blocks.

Talks are taking place amid tension sparked by Turkey, which dispatched a drillship inside the Republic’s EEZ, disputing its right to explore and exploit any reserves.

Cyprus has reported the Turkish actions and has won the verbal support of the EU.

President Nicos Anastasiades said Friday the EU’s response to Turkey’s actions was positive although no tangible measures were announced.

“First we exhaust all means available to those who may be able to exert influence and then we take the decisions,” he added.

The area falls within the EEZ and continental shelf of Cyprus.

Anastasiades addressed EU counterparts in Romania on the matter, with Council President Donald Tusk saying that “the EU stands united behind Cyprus and expects Turkey to respect the sovereign rights of EU member states.”

Tusk also said that there will be a special European Council on May 28 following the European elections, to start the process to nominate the next leaders of the EU institutions.

Parliament on Friday condemned Turkey’s actions inside the island’s exclusive economic zone (EEZ) and demanded measures from the international community and the European Union that will have tangible consequences on Ankara.

House President Demetris Syllouris has also written a letter to the president of the European Parliament, the heads of five other parliamentary organisations and the EU member states, as well three permanent members of the UN Security Council and the Iranian parliament.

Syllouris protested Turkey’s violations and its bid to obstruct Cyprus from exercising its sovereign rights and asked for support and solidarity.

He said the parliament’s initiatives will intensify so that foreign legislatures were made to understand Turkey’s actions.

Cash or competition? What is behind England’s domination of Europe?