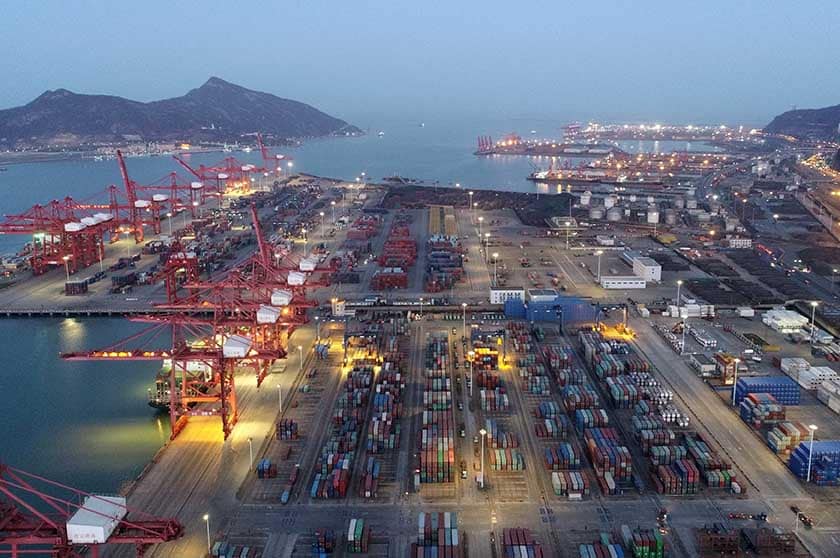 Donald Trump is playing hard-ball with China over trade, and the worry-warts are fretting that he’s going to start a real trade war by accident. The bigger threat, however, is that he will push first China, and then the whole world, into a deep recession.

It’s been ten years since the last recession (2008-09), and that one was a doozy. Recessions tend to come around once a decade, so one is due about now anyway – and the Chinese economy is so shaky that almost any serious shock could topple it into the pit. The rest of the world would follow.

A week ago, according to both sides, the US-China trade deal was almost done, but then (according to Washington) China started to “renege” on parts of the deal they had earlier agreed to. Washington is probably telling the truth about that: it’s practically standard in the closing stages of any negotiation with the Chinese government.

Decades of experience in the Manhattan real estate market have taught Donald Trump to recognise the smell of fear, and he is right: the Chinese are terrified. But he knows nothing about trade or the Chinese economy, so he doesn’t understand the implications of that. (This is a guy who boasts that the Chinese are having to pay these new tariffs. It is, of course, the American importers who pay.)

The Chinese leaders are terrified because their economy is already trembling on the brink of a major recession. They dodged the last one in 2008 by flooding the economy with cheap credit and setting off an investment boom that kept employment high, especially in construction. But that trick only works once.

All four corners of almost every major intersection in the hundred biggest Chinese cities is now occupied by ‘dark towers’: 40- or 50-storey apartment buildings with few or no occupants. It would take an estimated four years with no new construction whatever to sell off the currently unsold housing stock.

And the building is still going on, albeit at a somewhat slower pace. The vaunted 6 per cent annual growth in the Chinese economy is just creative accounting. At least half of that is actually spending on white elephant projects like the dark towers that create employment, but will never produce an adequate return on investment.

Meanwhile the real Chinese economy (annual growth rate between 2 per cent and 3 per cent) is slowing to a near-stall. Last year, for the first time in a quarter-century, new car sales in China actually fell, by almost 6 per cent. A big hit to its exports to the US, its biggest single customer, could tip it over the edge.

China is now such a big player that the rest of the world economy would probably follow it into a recession – and it would be much worse than the usual couple of years of slow or no growth, because none of major players has really recovered from the last recession yet.

The main way governments fight recessions is by cutting the interest rate, but that is still near zero in most big economies from the drastic cuts in interest last time round. Moreover, government debt is much higher than it was a decade ago, and there would be no public support for bailing out the banks with taxpayers’ money again.

“We’re in much worse shape to deal with whatever shocks come along than we were ten years ago,” said Nobel Prize-winning economist Paul Krugman in a recent Bloomberg interview. China is in particularly bad shape. Its total debt, even according to the untrustworthy official figures, is nearing three times its GDP, which is when the alarm bells usually start ringing.

So what happens if Trump’s huge tariff hikes do not force an immediate Chinese surrender on whatever issues remain in contention in the trade talks? What if Xi Jinping and his people decide to tough it out rather than lose a lot of face?

What is quite likely to happen is that China slides into a huge recession, dragging the rest of the world behind it. Maybe not as bad as 2008, but very bad, and probably very long.

And something else might happen too. The Chinese version of the ‘social contract’ is that the power and privileges of the post-Communist autocracy that runs the country will be tolerated as long as people’s living standards rise rapidly. But they are already stagnating. How would the Chinese public react if living standards actually begin to fall?

Really badly, in all likelihood. We live in interesting times.