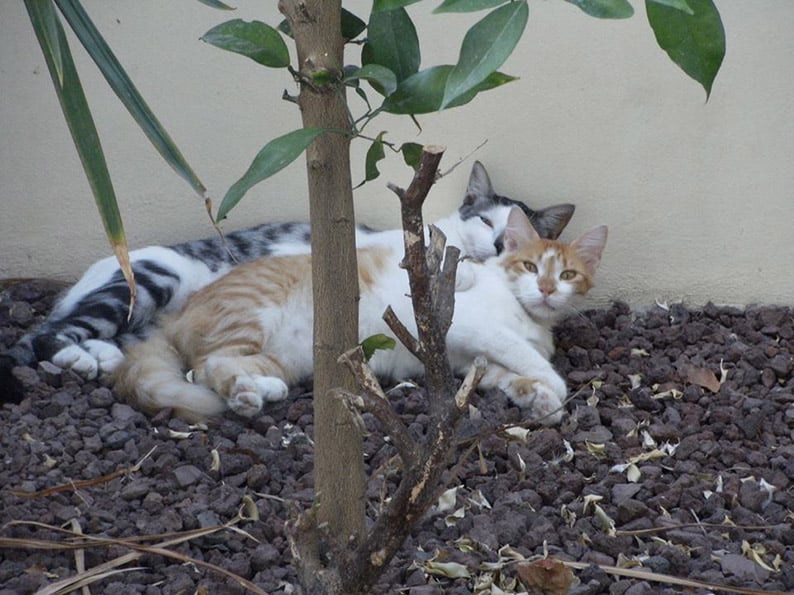 Some 250 stray cats have been spayed and neutered

A British pensioner and avid animal lover who moved to the seaside area of Pervolia in Larnaca 11 years ago spends her days catching and neutering feral cats, the island-wide population of which greatly outnumbers we humans.

Lynne West, dubbed ‘the crazy lady’ of the neighbourhood as she begins her stray cat-catching conquests with the first light of day, told the Sunday Mail that this is a small price to pay in view of the greater importance of her efforts.

Around eight years ago, West launched a Facebook page called Cans for Cats – Larnaca, to call on the public to donate any items made of aluminium – cans, tin foil, even old sunbeds – which she crushes and sells, before using the raised money to pay for cat spaying operations.

So far, West has single-handedly neutered 250 cats. The contribution of her husband, who worked as a builder in the UK, has also been vital, she said, as he has so far built 10 cat trapping cages and two aluminium crushing machines, among other things.

“The importance of the project is twofold,” West said, “on the one hand, it’s good for the planet because we use the aluminium people have thrown away and would otherwise end up in landfills is reused, and on the other hand, we spay feral cats.”

In the summer months, West collects around 60 bags of cans a week which raises roughly enough for the spaying of two cats.

While West looks after 10 of her own cats and two dogs which she brought with her from the UK, she explains that returning the cats to the location where they were caught ensures that the now-neutered cats can successfully find food and take care of themselves.

Against the commonly accepted assumption that cat spaying is effective if limited to female cats, West said that she spays and neuters both male and female cats.

“When unspayed boys are left with a clowder of neutered girls, they get extremely frustrated, and end up badly injuring or even killing the females, so it’s essential that feral cats are spayed regardless of their sex,” West explained.

In addition to collecting cans from restaurants in her area, which have agreed to set them aside for her cause, West has set up six drop-off points for the general public in Larnaca and Oroklini.

“We’re always looking for more people to save cans or anything aluminium for us and deliver them to the drop-off points,” West said. To test if something is aluminium, West suggests that a magnet is placed on the item, and if the magnet sticks then it’s not aluminium, if it doesn’t then it is.

The designated drop-off points for Cans for Cats – Larnaca are Larnaca’s Zopiros Vets, Pogos snack bar, the Larnaca thrift store, as well as West’s home in Pervolia and the home of another person in Oroklini, details for which the public can find by calling West on 97692293.

Protesters seek to stop Britons from buying properties in Cyprus