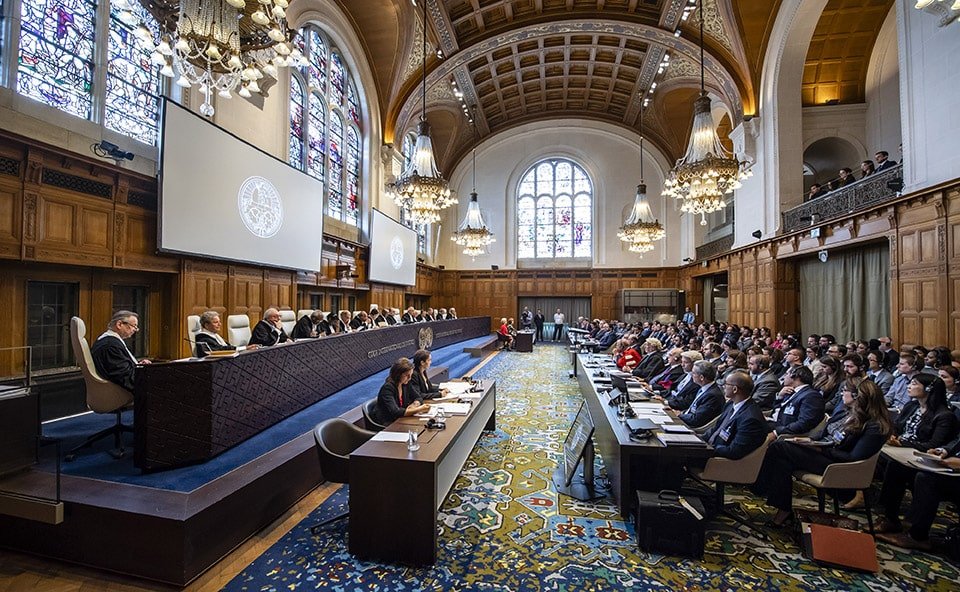 People can argue over Cyprus’ Exclusive Economic Zone (EEZ) until the cows come home but that does not solve the need for consensual compliance. Ultimately the effectiveness of international law is based on consent.

Up until the failure of the Cyprus talks in 2017, the route to consensual compliance between Cyprus and Turkey was via settlement of the political problem, which, it was hoped, would lead to effective Turkish Cypriot participation in the government of the Republic of Cyprus (RoC) in return for property and land.

Unfortunately this was not to be. So the 1960 arrangements remain in force, adjusted to accommodate the realities on the ground that will probably remain the same for the time being, although it would help enormously if the two communities engaged in substantive confidence building unilaterally.

The Greek Cypriot side walked away primarily because the deal on offer could not be sold to the Greek Cypriot population. Like it or not this is politics in a democratic setting and I am comfortable with it, much as I would have preferred a settlement. However, not being an idiot, I don’t buy the line peddled by the RoC government that it was all Turkey’s fault.

Nevertheless the democratic way around Greek Cypriot opposition to federation is to find a compromise that persuades the majority Greek Cypriot community to agree to a settlement – not an easy task given that 75 per cent voted against a federal solution in 2004.

In the meantime the problem is how to share the potential wealth from Cyprus’ EEZ absent a settlement.

The exclusively Greek Cypriot government of the RoC is not the one envisaged by the independence treaties and the constitution but, rightly or wrongly, it is recognised internationally as the legitimate government of Cyprus by other states and multi national oil and gas companies such as ExxonMobil and others.

The legitimacy of the government of RoC is as much a fact in international relations as the fact that it is not in effective control of northern Cyprus and the fact that the UN has declared the ‘Turkish Republic of Northern Cyprus’ (TRNC) illegal.

These realities cannot be wished away and have legal consequences that need to be accommodated with pragmatism in place of the emotionalism that has been the bane of both communities for more than half a century.

The naked truth is that the Turkish leadership both in Cyprus and Turkey made a huge category error in denying the existence of RoC as a state when their dispute was really about the nature and composition of the government of RoC.

All those sophisticated diplomats at the Turkish foreign ministry muddled the one for the other, despite the fact that the Turkish Cypriot community’s interest lay in asserting its stake in the sovereignty of the RoC rather than declaring independence illegally.

It has been a very costly error for the Turkish Cypriots because the government of the RoC of which they are citizens is engaged in a highly effective embargo of the ‘TRNC’ that is very difficult to beat.

Owing to an emotional attachment to the ‘TRNC’, no Turkish Cypriot leader is prepared to entertain any move to rid the the label of illegal state that attaches to the administration in northern Cyprus. Not even after the chickens came home to roost with the discovery of hydrocarbon wealth in the sea south of Cyprus when it became obvious the Turkish Cypriot community needed to assert its claim as a stakeholder in the state of Cyprus.

What you have instead is gun-boat diplomacy and the legally dubious drilling that Turkey is currently engaged in west of Cyprus that she asserts is in accordance with international law.

It is not clear to me if Turkey claims to be acting in accordance with international law because she claims to be drilling inside her continental shelf or on behalf of the Turkish Cypriot community.

Claims to rights based on continental shelf are primarily questions of geological fact amenable to proof by expert scientific evidence and equitable sharing where there is overlap – as happened in the North Sea Continental Shelf cases.

The lawful way to resolve this aspect of her dispute with the RoC outside the system of the 1982 UN Convention on the Law of the sea – as Turkey is not a state party – is by submission to the International Court of Justice (ICJ).

Unfortunately under the statute of the ICJ the consent of the parties is required for such recourse to take place and it is naïve to imagine that this would be forthcoming.

Nevertheless as both sides invoke international law in support of their respective positions, it would be interesting to know if they are prepared to have the ICJ decide – as it did in the North Sea cases when contiguous states faced similar problems.

Different considerations apply if Turkey’s claim is based on a submission that the government of RoC can be required to share equitably with the Turkish Cypriot community Cyprus’ hydrocarbon wealth.

The first thing the Turkish Cypriot community needs to do to have any chance of gaining support for its claim to an equitable share, absent a comprehensive settlement, is decide whether to abandon UDI and with the assistance of the EU reclaim its stake in the RoC – even if semi detached.

If the Turkish Cypriot community decides there are no advantages in continuing to operate as an illegal entity there is a path ahead that is in accordance with international law and puts the ball in the RoC government’s court.

This is because the treaty of establishment made provision for resolving any question or difficulty that arises concerning the rights and benefits enjoyed by the government of the Republic of Cyprus under the treaty.

Such difficulties are supposed to be referred for final decision to a tribunal composed of four representatives nominated by the governments of the United Kingdom, Greece, Turkey and Cyprus, together with an independent chairman nominated by the president of the International Court of Justice.

The difficulty that has arisen is that owing to the inability of the parties to solve the political problem that has existed in Cyprus since 1963, the Turkish Cypriot community is not participating in the government of the Republic of Cyprus and the question is as to the principles to be applied to enable the Turkish Cypriot community to share equitably in the benefits of any hydrocarbon wealth in Cyprus’ EEZ.

As always the proof of the pie is in the eating so if the Turkish side claims international law is on its side, the burden is on its shoulders to show this is the case by offering recourse to international forums.

It is not always necessary to take sides in international disputes. So long as one’s appreciation of the realities is sound, one does not in the end have to choose which side is right and which side is wrong though it is possible to suggest which side needs to make the first move.

Is Gesy a nightmare in the making?

Tales from the Coffeeshop: EEZ and the words signifying nothing