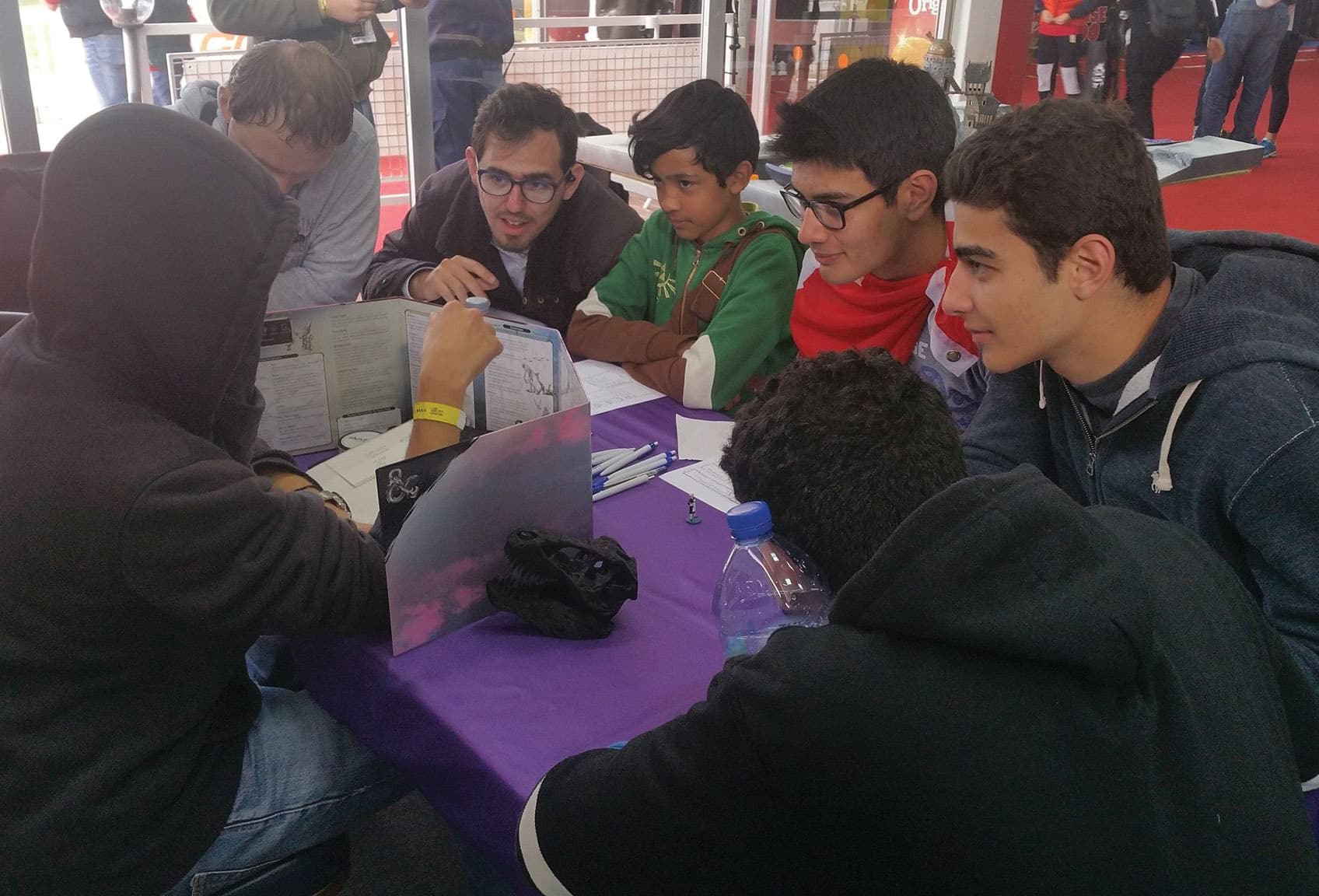 An Isengard D&D workshop from this year's Cyprus Comic Con

We’re all fantasy world geeks now. Never has it been so mainstream.

Endgame, the latest Avenger’s film, is breaking numerous box office records. Over 17 million tuned in (legally) to last week’s episode four of the last season of Game of Thrones, every twist and turn of which has been ruthlessly and endlessly dissected online and in offices and homes the world over.

None of this comes as any surprise to the growing number of locally grown fantasists drawn to what was once the epitome of uncool, the tabletop role-playing game Dungeons and Dragons or D&D.

First released in 1974, the then-difficult and complex game rose to popularity in the late 70s and 80s, drawing teenage boys into shady basements and bedrooms. Their withdrawal into another world had them typecast as socially awkward outsider groups composed of so-called nerds and geeks.

No longer though. In 2014 the release of the ‘newbie-friendly’ fifth edition of the game coincided with the first Cyprus Comic Con and sparked more than just a revival. It’s now almost mainstream. It’s certainly not uncool.

The nostalgia for the pre-internet, computer games and mobile phones of the 1980s reflected in the TV hit Stranger Things also helped, though only to a degree.

“There definitely is a revival nowadays, with a lot more people interested in playing the game,” said a staff member of Isengard fantasy shop in central Nicosia, where D&D enthusiasts flock every Tuesday to play what the shop calls ‘the best table-top roleplaying game.’

At the core of D&D is storytelling and agency, as the group is guided through an adventure by an assigned Dungeon Master, while players choose their own path as the game goes along.

“The game lets you create your own character, and you often accidentally find that even while roleplaying, you’re expressing parts of yourself,” an 18-year-old D&D player, Johnathan Fanis, told the Sunday Mail.

Fanis said he was introduced to the game around two years ago by an older friend, and now plays as part of a seven-member group roughly every week.

“We’re almost all drama students, so you can see how it might get hectic, but it’s all just fun,” Fanis said.

Elsewhere the D&D revival has been credited with the influence of Stranger Things, the first episode of which screened in mid-July 2016, with the opening scene depicting four young boys sitting around a table in a basement with a game of the original D&D in full swing. But D&D aficionados here say the show’s influence has been limited.

“Pop culture, and fantasy series and movies may have boosted hype for the game, but ultimately when people tried playing, they were demotivated by the difficulty and just gave up eventually,” Isengard told the Sunday Mail.

Helen Christofi, one of the organisers of Cyprus Comic Con and an avid D&D player, agrees that as “one of the revival people”, as she calls herself, Stranger Things and a general pop culture 80s nostalgia had nothing to do with her D&D interest that began five to six years ago.

According to Isengard, “the reasons for the increased interest for D&D in Cyprus go beyond Stranger Things and the hype for fantasy series and movies. For starters what we see being played in Stranger Things isn’t D&D, it’s another version which has also been released as a separate thing, and mainly satisfied an already growing interest in the game.”

Both Christofi and Isengard say the main source of attraction for the increasing numbers of local D&D players is the table-top’s fifth edition, which is said to be much easier and more enjoyable because of it.

For Christofi, the Cyprus Comic Con is also essential to the game’s current popularity.

Christofi, who plays the game with a group of her own, starting a new campaign every two to three months, noted that “recently, quite a few new groups are forming.”

A significant thrust, she said, is social media, where people can find group members and form new groups.

More are bound to continue sprouting up across the island. According to Isengard, “wherever there’s a university, there’s a D&D group, and interest grows like mushrooms or a plague!”

Gaming hub pubs have also began popping up and spreading the spirit. Nicosia’s newest is Spheresterion, which currently features arcades, pinball tables, board games and, of course, beer.