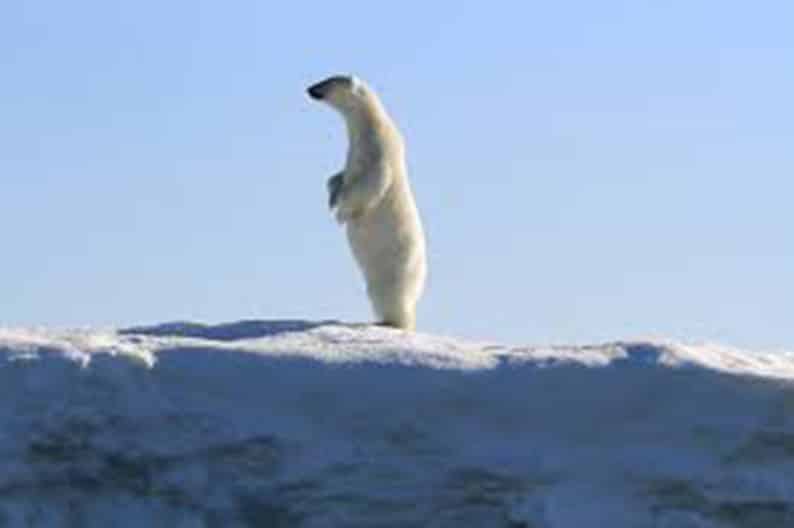 The global warming/extinction myth is back. Concerning the new 1,500 page United Nations assessment entitled the “Summary for policymakers of the global assessment report on biodiversity and ecosystem services of the Intergovernmental Science-Policy Platform on Biodiversity and Ecosystem Services,” The New York Times reported on May 6:

“…a new threat has emerged: Global warming has become a major driver of wildlife decline, the assessment found, by shifting or shrinking the local climates that many mammals, birds, insects, fish and plants evolved to survive in. When combined with the other ways humans are damaging the environment, climate change is now pushing a growing number of species, such as the Bengal tiger, closer to extinction.”

Linking possible extinctions to current climate change makes no sense. Despite recent claims that the Australian brown rat is the first mammal to have been killed off by human-induced climate change, not a single species has been shown to even be threatened or endangered by so-called man-made global warming.

It is estimated there are currently more than 10 million species on Earth—more than at any other time in history. New species are constantly replacing old ones. Although humans have been responsible for the extinction of some species in recent centuries, extinctions have always been an integral part of life.

A range of interrelated phenomena contribute to extinctions. They include temperature changes, habitat destruction, competition, invasive diseases, and reproductive failure. Species are more vulnerable when there are major temperature changes over a short period, which is what most experts believe caused the end of the dinosaurs following an asteroid impact.

Some scientists are now predicting major extinctions in Southeast Asia from deforestation. The introduction of the brown snake in Guam during World War II is thought to have eliminated a dozen bird species there. The woolly mammoth and sabre tooth tiger became extinct in North America because their reproductive rate could not keep up with population losses. And there is no question that human activities have contributed to extinctions as our population expanded into animal habitats.

However, none of these extinctions have had anything to do with the past century’s minor warming, just over 1 degree Celsius globally since 1880, according to NASA. And attributing most of this warming to human activities, as the new UN report does, is equally flawed. Regardless, many animals, while still endangered, are recovering due to excellent conservation programs. White tail deer, moose, blue whales, and wolves are but a few of these.

Tropical forests cover less than 12 percent of all land, yet they contain a majority of all plant and animal species that inhabit the Earth. The Arctic covers 10 percent of the planet’s land area but contains only 600 plant species and only 100 species of birds, no reptiles or amphibians, and only 20 mammals. Obviously, plants and animals thrive in warm climates. Warming is good for life. It is cooling that should most concern us.

Climate change advocates try to circumvent the obvious connection between warm climates and biodiversity by claiming that the secondary effects of global warming, such as droughts or the melting of planetary ice, threaten life. However, droughts are not increasing and, on a planetary scale, the ice is not melting.

If tropical conditions allow life to thrive, what conditions lead to extinctions? In The Book of Life, S.J. Gould tracks 20 mass extinctions in the geologic record. There are strong clues that each event was driven by global cooling.

Conservation organizations routinely rank species relative to their risk of extinction. In descending order of risk, species are: critically endangered, endangered, vulnerable, near threatened, or of least concern. Threat levels are determined by considering a wide range of factors including existing and historical populations, whether populations are increasing or decreasing, and whether habitats are being destroyed. For example, mountain gorillas, with only 400, and hawksbill turtles (25,000) are on the critically endangered list. Snow leopards (6,000) and sea lions (50,000) are considered to be endangered.

Most endangered species are large animals with relatively low reproductive rates. Currently, the World Wildlife Federation (WWF) has 19 major animal species listed that are critically endangered. All of these are threatened due to human predation and habitat destruction. For instance, the orangutan population of 15,000 is dwindling as a result of deforestation. None of these species are endangered by global warming, however.

The WWF has identified 27 endangered animal species all due to either hunting or habitat destruction. In fact, Galápagos sea lions have grown from 20,000 up to 50,000 since 2002. In the next lower category of threatened animals, the WWF lists 20 that are vulnerable, again due to hunting and habitat destruction, with one possible exception.

Al Gore warns that, due to ice melting, polar bears will soon have no place to live. But the reality is quite different: floating ice (pack ice) is not melting significantly and polar bears are thriving. Indeed, the number of polar bears has quintupled in the past 50 years from about 5,000 to about 25,000 today.

The message to citizens who treasure our wonderful world of animals is a positive one: you have no reason to fear global warming-induced species extinction. Its time to stop taking seriously all the many catastrophic claims said to support the man-caused global warming hysteria. We should focus our efforts on protecting wildlife from real human threats, not fictitious ones.

Some of the information here has been derived from the 2018 book The Mythology of Global Warming by Bruce Bunker Ph.D., published by Moonshine Cove. The authors recommend this book as an excellent source of information on the climate change debate.