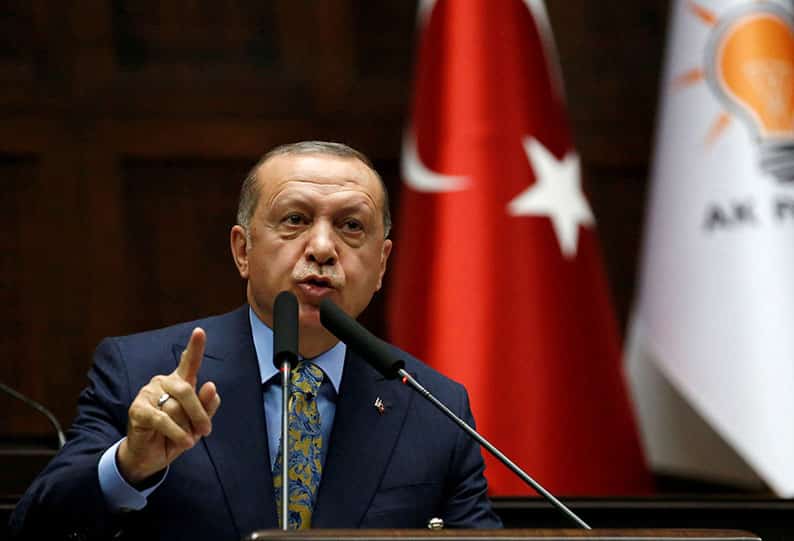 The cancellation of the elections for Mayor of Istanbul marks a new phase of the dictatorial drift of Erdogan’s regime and the AKP, which has been in power for more than fifteen years in Turkey. European states and the European Union must act to oppose it and support the democratic forces that courageously fight for the respect of the rule of law, of civil liberties and human rights.

Taken under pressure from the Turkish President by an electoral commission that is anything but independent, this cancellation illustrates the constant reduction, symbolic and physical, of public space by force.

On April 24, we faced it in Istanbul, where we were present to organize and participate in the commemorations of the Armenian genocide. In contrast to previous years (starting from 2010), this time commemorations were almost all prohibited by the Turkish State. The word “genocide”: banned from public utterance, under penalty of arrest by the police. Candles in tribute to the victims: forbidden. Flowers to honour their memory: forbidden. Sit silently to mark a time for reflection on this story: forbidden.

The multiple prohibitions show that the 104-year-old Armenian genocide is of burning relevance to Turkey.

Those who fight daily to commemorate it as well as for human rights generally continue to be violently targeted by Turkey’s oppression. The prison is omnipresent: they are there, go there, come out or flee, in exile abroad. The massive and arbitrary incarcerations continue, as did that of the philanthropist Osman Kavala, imprisoned for more than a year and a half without charge, after being considered public enemy by Erdogan himself.

All this is not something new, and it is something dangerous: what separates Turkey from a dictatorship is shrinking more and more every day.

To prevent it from sinking dangerously into Islamist obscurantism and aggressive nationalism, European states and the European Union have pressure levers on Turkey: negotiations with the EU, trade agreements, investments, tourism …

They operate them far too little. On the contrary, they must do so vigorously, not be fooled by the blackmail on refugees of the Turkish President and exercise the influence that the balance of power allows them.

They must use the latter to protect and support all individuals and organizations who, especially in civil society, are fighting for Turkey to become a state of rights, democratic, respectful of civil liberties and human rights.

They must use it so that, after 104 years, Turkey finally recognises the historical truth: the massacres of Armenian people from 24 April 1915 onwards constitute a genocide.

This evidence has already been recalled by many European states by recognising the Armenian genocide, like France since this year, by making April 24 a national day of commemoration.

Genocide denial must cease to be part of the official policy of the Turkish state. It makes the descendants of the survivors and the people killed suffer, until today, as it was the case for the intellectual Hrant Dink in 2007 and the young Sevag Baliçi in 2011, both murdered because they were Armenians.

What is true for all genocides is also true for the Armenian genocide: we cannot open a path towards the future without acknowledging the established facts of the past, especially in the history of this country.

It is essential that the European States and the EU commit themselves resolutely to prevent that Turkey does not sink permanently into a dictatorship, to put an end to the genocide denial of the state and open a path towards democracy, freedom, and peace for all citizens of Turkey in their diversity.

D&D and the rise of the fantasy world geek