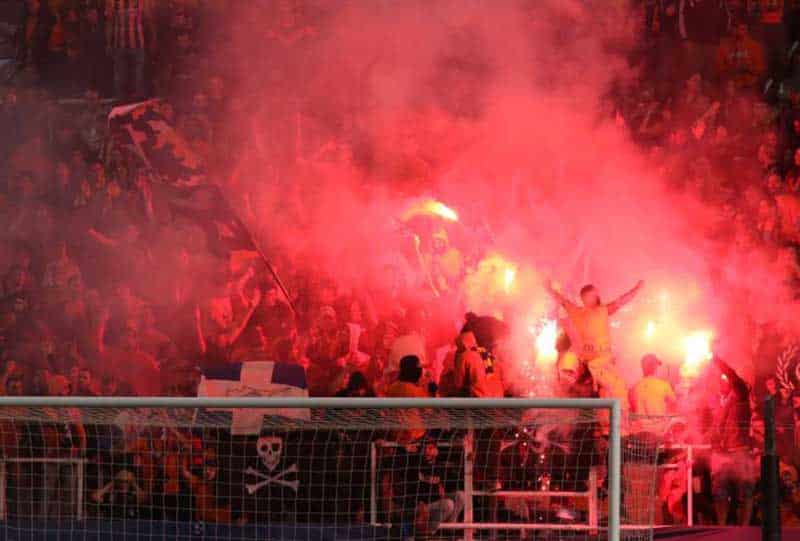 Five people were arrested on Saturday night during celebrations by Apoel fans for their team winning the championship.

According to the police, a group of fans celebrating outside the club house on Limassol Avenue in Nicosia threw rocks and wood at officers.

The policemen were taken to first aid at Nicosia general where they were treated and then released.

During the episode two 16-year-olds, one 15-year-old and one 17-year-old were arrested for illegal assembly, disturbing the peace and hooliganism.

A 19-year-old was also arrested for carrying a weapon and attacking a police officer.

He was seen throwing stones at the police while a search revealed he was carrying a knife.