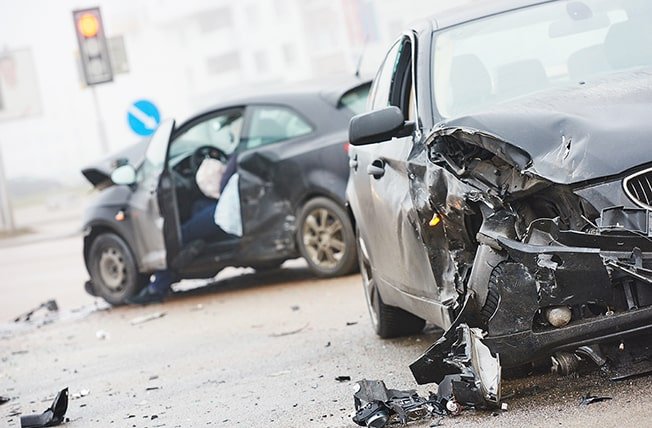 Each year nearly 1.3 million people die as a result of a road traffic collision – that’s more than 3000 deaths each day – and more than half of these people are not travelling in a car.

Twenty to fifty million more people sustain non-fatal injuries from a collision, and these injuries are a significant cause of disability worldwide. Ninety per cent of road traffic deaths occur in low and middle-income countries, which claim less than half the world’s registered vehicle fleet. Road traffic injuries are among the three leading causes of death for people between 5 and 44 years of age.

Unless immediate and effective action is taken, road traffic injuries are predicted to become the fifth leading cause of death in the world, resulting in an estimated 2.4 million deaths each year. This is, in part, a result of rapid increases in motorisation without sufficient improvement in road safety strategies and land use planning. The economic consequences of motor vehicle crashes have been estimated between one and three per cent of the respective GNP of the world countries, reaching a total over $500 billion.

The GRSW seeks to promote understanding of what a safer future could look like, and to mobilise action among road users that will lead to safer road journeys worldwide.

I think we all know that traffic accident figures for Cyprus – and the number of deaths and injuries caused by them – are dire, so I was somewhat surprised to hear nothing about the global week of action on the island, from either the Transport Ministry, the Road Safety Council or local road safety NGOs – and no marker for Cyprus’ involvement on the UN’s map of contributors.

Road traffic injuries can be prevented. Experience suggests that an adequately funded lead agency and a national plan or strategy with measurable targets are crucial components of a sustainable response to road safety.

Public awareness campaigns also play an important role in supporting the enforcement of legislative measures, by increasing awareness of risks and of the penalties associated with breaking the law.

In September 2015, 193 world leaders agreed to 17 Sustainable Development Goals (SDGs). If the SDGs are achieved, it would mean an end to extreme poverty, inequality and climate change by 2030. A specific stand-alone target was adopted in the Health Goal to reduce road traffic fatalities:

“By 2020, halve the number of global deaths and injuries from road traffic accidents.”

The 2030 Agenda for Sustainable Development recognises that road safety is a prerequisite to ensuring healthy lives, promoting well-being and “making cities inclusive, safe, resilient and sustainable”.

The Decade of Action for Road Safety 2011–2020, officially proclaimed by the UN General Assembly in March 2010, seeks to save millions of lives by building road safety management capacity; improving the safety of road infrastructure; further developing the safety of vehicles; enhancing the behaviour of road users; and improving post-crash response. Guided by the Global Plan, the Decade of Action offers a framework for policy, practice and advocacy to help countries achieve the Sustainable Development Goals.

The #SpeakUp campaign operates on these principles. In May 2011, dozens of countries around the world kicked-off the first global Decade of Action. From New Zealand to Mexico and the Russian Federation to South Africa, governments committed to taking new steps to save lives on their roads.

The Decade of Action seeks to prevent road traffic deaths and injuries which experts project will take the lives of 1.9 million people annually by 2020.

The Global Plan for the Decade of Action outlines steps that need to be taken to improve road safety, with five pillars of activity: road safety management, safer roads and mobility, safer vehicles, safer road users, and post-crash response.

Target 2: By 2030, all countries accede to one or more of the core road safety-related UN legal instruments.

Target 3: By 2030, all new roads achieve technical standards for all road users that take into account road safety, or meet a three-star rating or better.

Target 4: By 2030, more than 75 per cent of travel on existing roads is on roads that meet technical standards for all road users that take into account road safety.

Target 6: By 2030, halve the proportion of vehicles travelling over the posted speed limit and achieve a reduction in speed related injuries and fatalities.

Target 7: By 2030, increase the proportion of motorcycle riders correctly using standard helmets to close to 100 per cent.

Target 8: By 2030, increase the proportion of motor vehicle occupants using safety belts or standard child restraint systems to close to 100 per cent.

Target 9: By 2030, halve the number of road traffic injuries and fatalities related to drivers using alcohol, and/or achieve a reduction in those related to other psychoactive substances.

Target 10: By 2030, all countries have national laws to restrict or prohibit the use of mobile phones while driving.

Target 11: By 2030, all countries to enact regulation for driving time and rest periods for professional drivers, and/or accede to international/regional regulation in this area.

Target 12: By 2030, all countries establish and achieve national targets in order to minimise the time interval between a road traffic crash and the provision of first professional emergency care.

As we can see, Cyprus already has many of these targets enshrined in law: the problem is that they are enforced only intermittently.
Figures released by the World Health Organisation (WHO) show that road traffic injuries are now the number one killer of people aged five to 29. This burden is disproportionately carried by pedestrians, cyclists and motorcyclists, and the WHO says that “drastic action is needed to put measures in place to meet any future global target that might save lives”.

In the UK, GEM Motoring Assist’s road safety officer, Neil Worth, says: “As road users, we all tend to underestimate the risks we face – as well as overestimating our ability to deal with them. That makes us all more vulnerable than we may realise.

“GEM’s message for UN Global Road Safety Week is that we all have an opportunity to make a difference. We can all commit to reducing risk and improving safety on road journeys, as long as we don’t always see it as someone else’s problem.

“So let’s celebrate the opportunity we all have to make a difference. Let’s commit to make changes, and develop an attitude where risk is reduced. Let’s stop criticising others and instead see what we could be doing to improve safety on our road journeys – safety for ourselves and for those who share the roads with us”.
Amen to that.

Gunmen storm five-star hotel in Pakistan, killing at least one