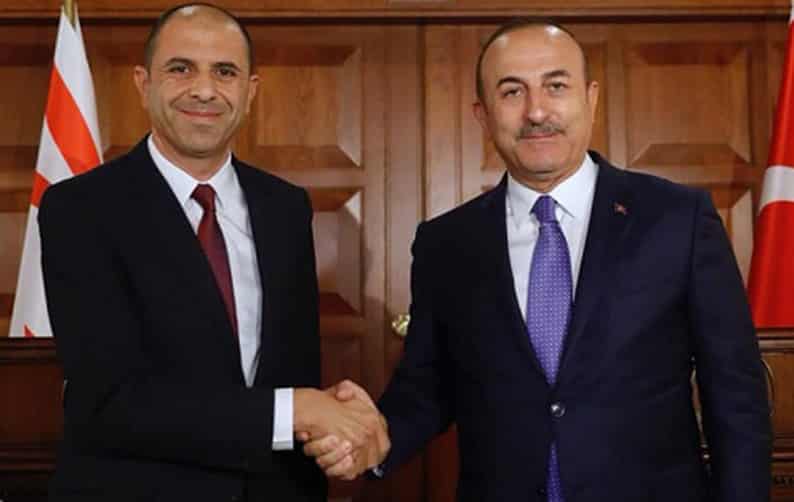 Turkish Cypriots have found themselves in political turmoil once again this week, as the ruling coalition collapsed following 15 months of internal discord, economic crisis and financial starvation by Ankara.

“We had two goals as we formed this coalition,” Ozersay said in an interview on Friday. “To execute and to address corruption… There is no reason to stay in power if we cannot do either.”

The four-party coalition was the 34th administration since the northern part of Cyprus made its unilateral declaration of independence almost 36 years ago. The coalition between right wing and left wing parties was already a challenging model and the parties rarely felt the need to hide discord among themselves especially on policy priorities and the Cyprus problem. The immense devaluation of the Turkish lira, increased costs and lack of funds from Ankara added to the coalition’s woes.

During its 15-month rule, the four-party coalition did not receive any funds from Ankara and relied on domestic borrowing and advances to pay salaries. The unprecedented funding freeze, which was widely seen as blackmail from Ankara to put political pressure on the ruling coalition, hindered infrastructure investments, projects, incentives and support for the private sector.

“This government could not execute anymore,” said Ozersay. “Governing should not only mean paying salaries. And we were holding hours-long meetings only on how to pay salaries.”

Ozersay stated that there was increasing pressure on him from his own party members, who questioned his reasons for staying in the coalition when he could not fulfill his promises. Recent polls also showed a fall in Ozersay’s popularity and a decrease in the support for his party.

The latest decision by DP’s Denktash to lease public land to his own son despite the objection of his partners seems to have dealt the final blow. In an apparent attempt to save the partnership, Denktash earlier on Wednesday resigned as head of the finance dossier but said his party would continue to support the coalition. He also called on the Turkish Cypriot assembly to lift his immunity and investigate his deeds. This move was not enough to convince the HP party assembly, which voted 55 against four to withdraw from the coalition.

There is widespread expectation that Ozersay will now form a coalition with the right-wing National Unity Party (UBP). In fact, speculation has been rife that Ankara cut the funds to crush the four-party coalition and have it replaced by an UBP-HP partnership. Adding to the speculation, Turkish Foreign Minister Mevlut Cavusoglu recently met separately with UBP leader Ersin Tatar and Ozersay in Ankara, and had another meeting with Ozersay during an informal visit to the island last week. Some in the Turkish Cypriot media have been reporting for weeks now that the four-party coalition would be replaced by a UBP-HP coalition.

Statements made by the CTP, DP and TDP after the collapse have supported such speculation.

“If a government collapses despite the economic confidence and stability needed by the people, it is then a reality that there have been external interferences that are not in line with public will and that annihilate democratic processes,” said the TDP in a statement.

Denktash, in a press conference on Friday, referred to an “organised attack” and said a UBP-HP coalition has already been formed. CTP leader Erhurman also stated that a UBP-HP coalition was on the cards and urged Akinci to give the mandate to form the coalition to UBP’s Tatar, who has the majority in the Turkish Cypriot assembly.

Despite widespread expectation of a UBP-HP coalition, some analysts underline that Ozersay’s main objective is to become the next Turkish Cypriot leader and any decision he has and will be making is directly aimed at strengthening his position ahead of the April 2020 elections.

“He was elected with grand promises of reform and fighting against corruption. He couldn’t do either. His popularity was dropping. He had two alternatives: withdrawing from the four-party coalition and forming another one, in which he could work on delivering his promises, or withdrawing from the four-party coalition and becoming stronger in opposition. In both cases, his real target is Turkish Cypriot presidency.”

But now the UBP-HP scenario has been far too exposed, it may hurt Ozersay even more, added Hatay. “So it is not a done deal.”

Akinci, who has the duty of giving the mandate to form the ruling coalition, will hold separate meetings with the leaders of all the parties in the Turkish Cypriot assembly early next week. He will then give the mandate to the party leader with the highest chances of forming a coalition. That person will have 15 days to form a coalition or return the mandate

None of the parties has so far ruled out any coalition combination.

UBP has 21 seats in the 50-seat assembly followed by CTP with 12 seats, HP with nine seats, TDP and DP with three seats and far-right Rebirth Party YDP with two seats.

Investigation after weapons and ammunition found