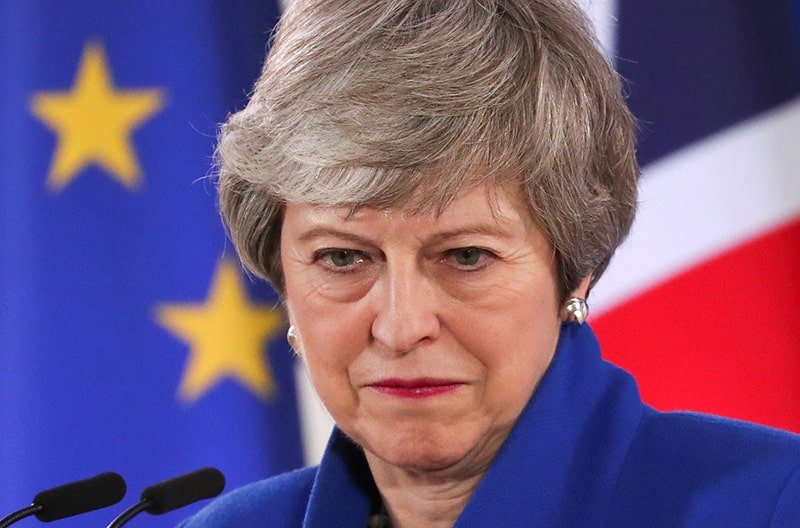 The British government agreed on Tuesday it was “imperative” to ratify Britain’s exit from the European Union before the summer break, setting out the clearest deadline so far for the embattled plan and the prime minister’s possible departure.

Prime Minister Theresa May was due to meet Jeremy Corbyn, leader of the opposition Labour Party, later on Tuesday to discuss the impasse in their cross-party Brexit talks, a Labour Party spokesman said.

Nearly three years after the United Kingdom voted 52% to 48% to leave the EU, there is still no agreement among politicians about when, how or even if the divorce will take place.

Britain had been due to leave the EU on March 29, but May was unable to get her divorce deal ratified by parliament.

Foreign Secretary Jeremy Hunt said EU leaders did not want an extension beyond the new deadline of Oct. 31, when the legal default is to leave with or without a deal.

To try to break the deadlock in parliament, May turned to Labour, led by Corbyn, a veteran socialist, but after weeks of talks they have failed to reach agreement. May has been urged by senior members of her own party to abandon the talks.

Senior ministers agreed at a cabinet meeting on Tuesday, however, to press ahead with the talks, May’s spokesman said.

“Ministers involved in the negotiations set out details of the compromises which the government was prepared to consider in order to consider an agreement which would allow the UK to leave the EU with a deal as soon as possible,” the spokesman said.

“However, it was agreed that it is imperative to bring forward the Withdrawal Agreement Bill in time for it to receive royal assent by the summer parliamentary recess.”

Parliament usually breaks for the summer in the second half of July, although the exact date has not yet been set.

It must approve the Withdrawal Agreement Bill in order to ratify Britain’s exit from the bloc. May has said she will step down once the first phase of Brexit is complete. It would be followed by negotiations on a new trade deal with the EU.

Thirteen of May’s former cabinet colleagues as well as Graham Brady, chairman of the 1922 Committee of Conservative lawmakers, wrote to May on Tuesday to ask her not to agree to Labour’s demand for a post-Brexit customs union with the EU.

“You would have lost the loyal middle of the Conservative Party, split our party and with likely nothing to show for it,” the letter said. “We urge you to think again.”

“No leader can bind his or her successor so the deal would likely be at best temporary, at worst illusory,” said the letter, whose signatories included Gavin Williamson, who was sacked as defence minister this month, and former foreign minister Boris Johnson.

After a series of missteps in trying to deliver Brexit, the Conservative Party has slumped to fifth place ahead of the May 23 European Parliament election, while Nigel Farage’s Brexit Party is in the lead, a YouGov opinion poll for The Times newspaper showed on Monday.

The Conservatives and the Labour Party were also given a drubbing in local council elections this month. The collapse in support is raising pressure on May to set a date to step down.

May, who has repeatedly ruled out signing up to a permanent customs union, has said that if the talks with Labour fail parliament could be asked to vote on a range of Brexit options.

The talks are also coming under fire from Labour, which says May has not altered her position and that a future Conservative leader might renege on any promises.

“We haven’t seen the significant shift yet that we require to be able to support a deal,” said Labour’s finance chief John McDonnell. “We are not near what we want.”

Corbyn, too, came under pressure to clarify his stance at a meeting with Labour lawmakers on Monday, with both backers of a second Brexit referendum and others who want a deal to leave arguing their case, sources told Reuters.

May, who secured the leadership in the chaos that followed Britain’s 2016 vote to leave the EU, has promised to step down if lawmakers back the Brexit deal she struck with Brussels.

But the prime minister has lost heavily in three attempts to get it through parliament. And some of her own lawmakers want her to name a date for her departure.

U.S. investment bank JP Morgan said on Tuesday it was difficult to see May surviving beyond the end of June.

“Although PM May’s survival skills have been impressive to date, our sense is that the sand is finally running out of the hourglass for her leadership of the Conservatives,” it said.

Britain’s chief Brexit negotiator Olly Robbins was due in Brussels for what May’s spokesman said was a routine visit.