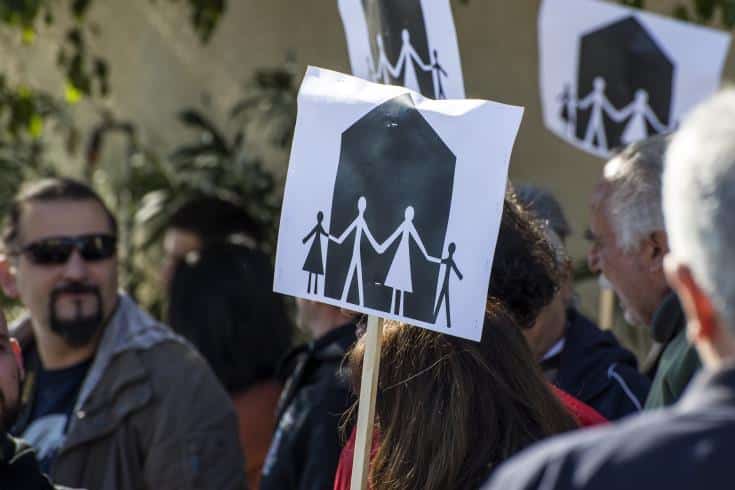 Protesters on Tuesday prevented the auctioning of a foreclosed primary home, with the result that the residence was eventually sold to a relative of the family.

Members of the ‘A Right to a Home Movement’ (EnErgo) gathered at the site of the auction in Ypsonas, Limassol, where police officers were also present.

Some tension was caused when another bidder tried to make an offer, which he eventually withdrew.

Speaking on behalf of the movement, Marinos Alkiviades said that last week the sale of the property was also prevented but today was the final part of the process and “the house was bought by a relative so that it could stay in the family, and an arrangement is being made between the relatives”.

“We call on people to stand at our side so that no primary home can ever be auctioned off again,” he added.

According to the foreclosure law, a property is auctioned first at a price at least 80 per cent of its market value and, if it is not sold to a bidder, it can be auctioned at a lower price later on. The modernised foreclosure law aims at helping banks reduce their mountain of non-performing loans.

The Little Prince in the Cypriot dialect