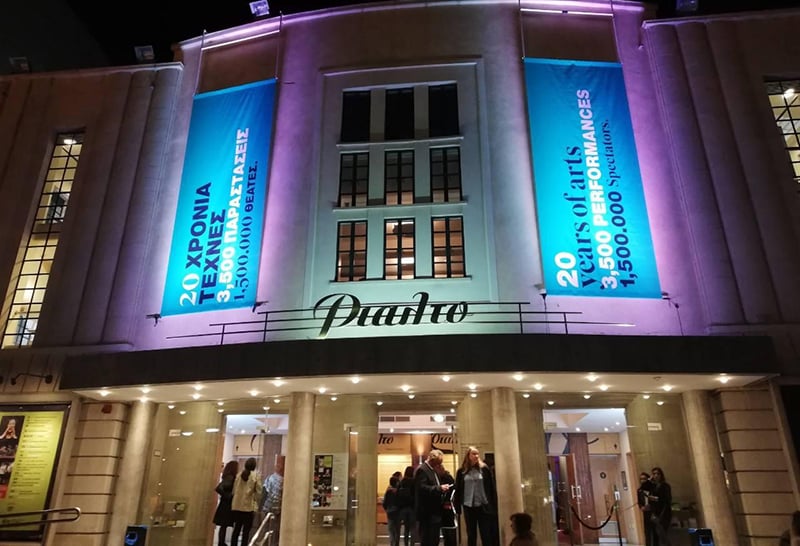 As is well know, the Rialto Theatre is celebrating its 20-year anniversary with a month full of events. The theatre, though, is now set to go a step further as it leaves the venue behind for one night and takes over the neighbourhood square.

The open-air event in Heroes’ Square presents Images and Milestones of the past two decades. The theatre’s façade will serve as the stage and the canvas on which projections, 3D mapping and a spectacle with lights will take place, as well as theatre, dance and music performances.

The event will also be attended by Diastasis Children’s Choir conducted by Christina and Dimitra Pissouriou, as well as the Percussion Band of the Music School of Paphos conducted by Tasos Anastasiou. Musical compositions will accompany the projections.

The base of the Heroes’ Monument will be transformed into a Digital Museum, where visitors will have a rare opportunity to travel back to Rialto’s performances and events held during the past 20 years.

Diko proposes calling on EU to subsidise flights to Cyprus