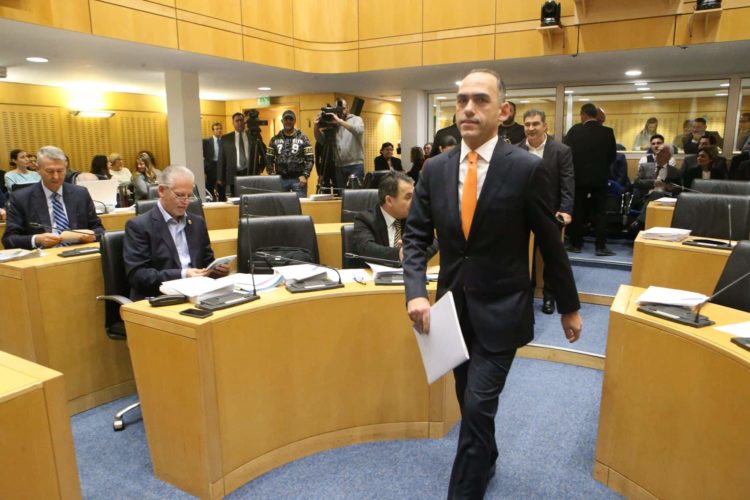 The government aims to reduce bad debts to single digits, Finance Minister Harris Georgiades said on Wednesday, as the cabinet approved the strategic fiscal policy framework for the next three years.

Speaking after the cabinet meeting, Georgiades said he had presented the framework for 2020 to 2022, which is based on three key objectives.

Georgiades said the ministry’s aim in the next 12 months was to reduce non-performing loans (NPLs) to single digits.

A number of NPLs will be dealt with by Estia, a government debt relief scheme for vulnerable homeowners.

Cyprus has recorded 3.5 per cent growth in the first quarter of the year, higher than the eurozone average, and confirmation that the economy remained on a course of robust and stable growth, the minister said.

“We must not forget where we started from and where we are today,” Georgiades said, adding that growth was expected to continue at the same rate throughout the year.

“To us, growth is the main pursuit of economic policy, the government’s policy, and I want to repeat our commitment to policies, moves, that will maintain this growth course, that will ensure continuance and stability.”

Georgiades said another key objective was to achieve full employment conditions by 2020. Unemployment peaked at 17 per cent between 2013 and 2014, and currently stood at 7 per cent.

He also said he expected the public debt to fall under 100 per cent inside the year and under 90 per cent in 2020.

Georgiades, who has announced he was leaving office by the end of the year, said he wanted to prepare the 2020 budget before his departure.

“At any moment after the cabinet’s approval of the budget … my mission could be considered complete,” he said.

Georgiades, who was lauded for successfully taking the island through its bailout programme, has been heavily criticised for his handling of the co-op bank, which buckled under the weight of some €7bn in NPLs and was sold to Hellenic.

A subsequent probe into its demise held Georgiades mainly responsible but he has resisted calls to resign with the backing of the president. He eventually announced his departure by the end of the year but said it has nothing to do with the co-op findings.