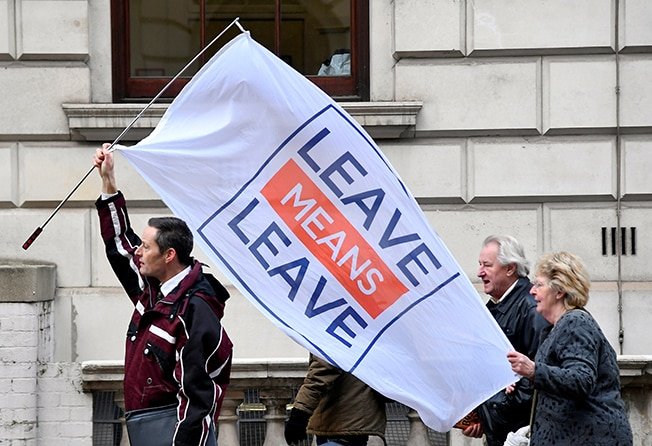 A majority of members of the European Research Group, a large eurosceptic faction in Britain’s ruling Conservative Party, will vote against Prime Minister Theresa May’s Brexit deal when it is brought back before parliament next month, a lawmaker said.

Owen Paterson, a former minister, said he was concerned that her deal would leave Britain following EU laws. He said the Democratic Unionist Party, which props up May’s party, is concerned it will align Northern Ireland more closely with the EU than the rest of the United Kingdom.

“Sadly, we will vote against it again, as the DUP put out a statement, because it doesn’t change the essential nature of the withdrawal agreement, which is unacceptable we will have laws imposed on us by 27 different countries where we are not involved,” Paterson told the BBC.

“And very importantly for the DUP and us it potentially breaks up the United Kingdom by creating a new entity called UK and I and that means you could end with Scotland wanting to follow and that is really dangerous for the union.”

Vinyl is back – bazaar returns to Paphos