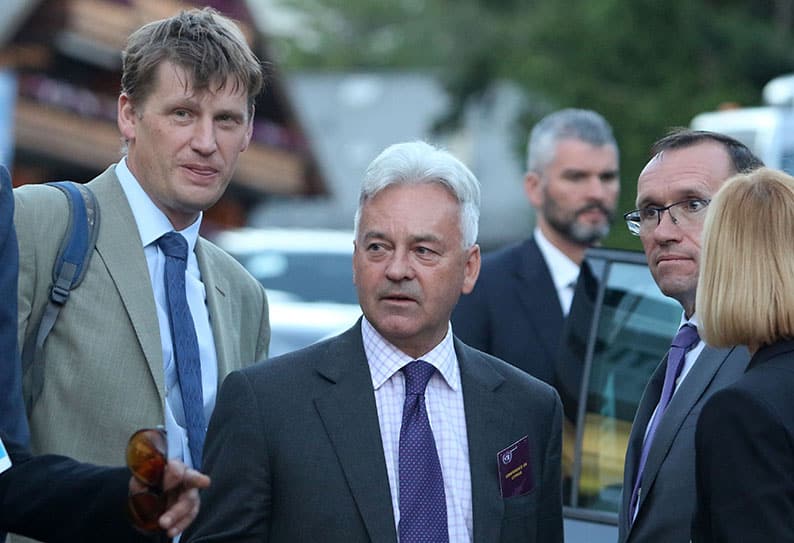 British High Commissioner Stephen Lillie has been called to the foreign ministry to clarify statements by the UK government on its stance vis-à-vis Cyprus’ exclusive economic zone (EEZ).

Speaking after the cabinet meeting on Wednesday, government spokesman Prodromos Prodromou said Nicosia would make its demarches to London through the High Commissioner “on the unfortunate statements” by Minister for Europe Sir Alan Duncan.

“The Cyprus government will make official representations to the British government regarding what was said about the Cyprus EEZ,” Prodromou said.

Speaking in the House of Commons, Sir Alan had said on Tuesday that Cyprus’ EEZ was under dispute and that drilling should not be conducted in the area.

He said: “I met with the Turkish ambassador yesterday [Monday], and had a very constructive talk with him. The position of the United Kingdom is that, according to the UN Convention on the Law of the Seas, exploratory drilling cannot be conducted in any area in which the sovereignty is disputed.”

Prodromou also said that President Nicos Anastasiades would be writing a letter to British Prime Minister Theresa May on the matter.

Cyprus on Tuesday branded Sir Alan’s comment as unacceptable, as reports surfaced that the Turkish drillship located 60km west of Paphos seemed to be preparing to start drilling in the island’s waters.

“Mr Duncan has been and continues to remain unacceptable,” Anastasiades said on Tuesday night.

“I want to believe that the appropriate step will be taken by the Prime Minister, because I believe that his whole position does not reflect the correct policy that should be followed by Great Britain, regarding all the interests it has in Cyprus, and the support Britain has received in these critical times it is going through, even if it is from our small country, which has the same vote as the others,” Anastasiades said.

The UK Foreign Office had earlier sought to clarify its position but had confused the issue further.

In reply to a request on behalf of the National Federation of Cypriots in the UK by Mike Freer MP for clarification on Sir Alan’s statement, the Foreign Office initially repeated the same statement as the British minister saying: “The position of the UK is that, in line with the UN Convention on the Law of the Sea, exploratory drilling should not proceed in any area where sovereignty is under dispute.”

Then, however, the Foreign Office went on to repeat a contradictory statement on the UK’s long-standing position saying: “We recognise the sovereign right of the Republic of Cyprus to exploit the oil and gas in its internationally agreed Exclusive Economic Zone. We believe Cyprus’ oil and gas should be developed for the benefit of all Cypriots, as the Foreign Office has said before.”

Asked about this on Wednesday, Prodromou said: “The only additional comment I have to make is that the High Commissioner of the United Kingdom has been summoned to the foreign ministry in order to make the necessary representations to the country for the unfortunate statements made by the deputy minister. Simultaneously, the president will address a letter to Prime Minister Theresa May. ”