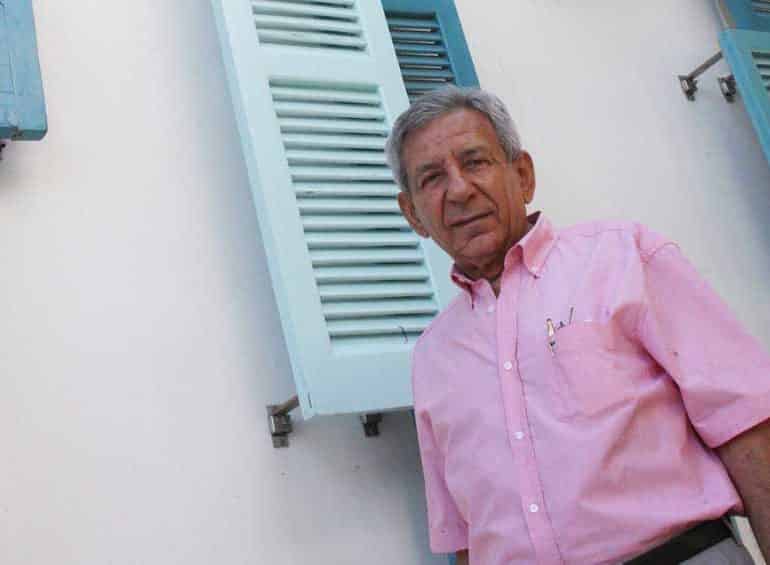 Tributes were pouring on Wednesday for former Nicosia mayor Michalakis Zampelas who has died aged 82.

Words such as “distinguished”, “active” and “a pioneer” were used by various politicians to describe the former mayor who was not simply just the holder of public office for five years but was deeply embedded in the island’s cultural life and business world as the founder of what is today PricewaterhouseCoopers (PwC) Cyprus.

Nicosia municipality said in a statement that it was with deep sadness they learned of the loss of the former mayor who served in office from January 2002 to December 2006.

While in office, he was instrumental in kicking off the Eleftheria Square project, which has continued on under two of his successors.

“Michalakis Zampelas served our city with passion and diligence as mayor. He worked hard and methodically for the advancement and modernisation of the capital. His love for art and culture were well known and he made an invaluable contribution to the cultural development of Nicosia,” a statement from the municipality said.

It added that all flags on municipal buildings were being flown at half-mast, and that during the municipal council meeting on Thursday, there would be a minute’s silence after which councillors would discuss ways to honour the former mayor.

In a statement, PwC Cyprus said Zampelas was the man who opened the road for the accounting profession to flourish in Cyprus.

The CEO of PwC Cyprus, Evgenios Evgeniou, said: “The gap left by the death of Michalakis Zampelas is great. He was a man with vision and passion for creation. With his actions, his work and his attitude to life, he was a source of inspiration for all of us. We will remember him forever.”

The Cyprus Chambers of Commerce and Industry said: “Michalakis Zampelas was one of the most important entrepreneurs in our country, whose action exceeded the narrow boundaries of Cyprus. He is rightly regarded as the father of professional services here and of attracting foreign investment, leading the way in establishing Cyprus as an international service centre.”

Born in Palaichori, Nicosia, Zampelas was educated in the UK and studied to be a chartered accountant, establishing Coopers & Lybrand on the island in 1970. The firm later became PricewaterhouseCoopers following a merger between the two global accounting giants in 1998.

He’s been involved with everything from sports clubs to the Nicosia Sewerage Board to the Boy Scouts. He also served as the Honorary Consul General of Estonia in Cyprus.

In an interview with the Cyprus Mail’s profiler, Theo Panayides in 2013, Zampelas recounted having spent 31 years as chairman and CEO of the prestigious and the biggest accounting firm on the island, and how he had a big part in kickstarting Cyprus’ offshore sector in the wake of the 1974 Turkish invasion.

He referred to the development of the financial services sector as “my baby”.

“I was like a bulldozer,” he recalls, “I never watched the clock or anything… When I sit down to work, I work, and I don’t do anyone any favours.”

Late in 1974, Zampelas said he invited a high-powered Dutch lawyer to Cyprus, part of a famous law firm specialising in international taxation.

“When I realised what I’d done, I started shaking,” he recalled.

After all, Cyprus was in ruins; Larnaca airport was a glorified landing strip, surrounded by refugee tents. What kind of impression would the Dutch lawyer form of the country?

He went to the governor of the Central Bank, Chris Stefani, the commissioner of Income Tax, the head of the Bank of Cyprus and Lellos Demetriades, the mayor of Nicosia at the time. A few hours later, the lawyer asked to speak to his bosses in Holland; he was on the phone for an hour then emerged and announced ‘We go ahead’.

“And that’s how the offshore sector was created.”

Also in his years as mayor he said he resisted the political parties’ demands for favours, and paid the price when they all turned against him. He said he had taken great pleasure in attaching his income-tax forms for the previous 20 years to his financial statement when he became mayor –having declared every penny, because one of his biggest rules was zero tolerance for dishonesty.

It was clear from the interview that Zampelas, while happy to have succeeded in business for decades and for a brief moment in time, public office, his passion lay in arts and culture.

Together with his wife of more than 50 years, the former mayor opened the doors of the Loukia & Michael Zampelas Art Museum in Kaimakli at his wife’s old family home in May 2012, which he called “my whole life”.

They married when he was barely 21 and went off to England together – they went on to have three daughters – and started visiting art galleries.

Zampelas had been collecting art since the mid 60s, when he agreed to buy a painting which an artist had left as collateral with a firm he was auditing, which he paid for in installments and it went from there.

“It is not just a museum,” he said of the art centre. “It’s what was missing from Cyprus. This thing we’ve accomplished here – for me, it’s what I’m going to leave behind when I go.”

Iran ready for any scenario, from confrontation to diplomacy

Rethinking my home is my castle

Our View: it’s not the time for hospital management and unions to be bickering