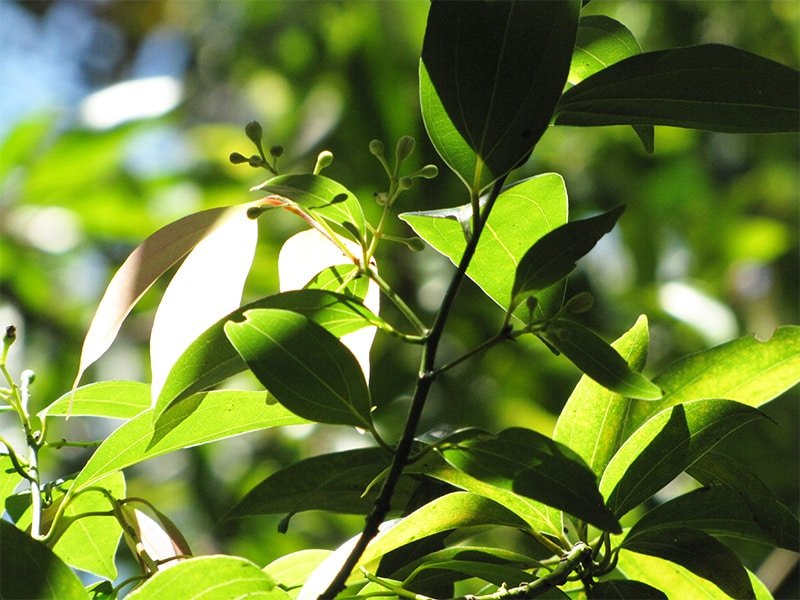 Habitat: A tree member of the family Lauraceae growing to about 12m in fertile, sandy soil in the tropical areas of southern and eastern Asia. It has thick, spear-shaped leaves similar to citrus and contains panicles of tiny malodorous flowers developing into purple berries. The tree is constantly coppiced to produce thin stems from which the inner bark is harvested to provide the familiar cinnamon quills.

What does it do: Like all members of the Cinnamomum, these trees are renowned for their spice which has been valued throughout the ages. It was imported into Egypt in 2000 BC and formed part of the embalming process. There is a reference to the spice in Exodus and the Roman emperor Nero used up the nation’s annual supply at the funeral ceremonies following the death of his wife, Poppaea, in AD 65.

Like so many spices, cassia and cinnamon have been at the centre of any number of internecine conflicts. The Venetians took over the European cinnamon trade from the Arabs and strictly controlled its distribution; Famagusta was one of the main spice trading ports. It is postulated that control of this trade gave rise to the dispute between the Ottoman Sultanate and the Venetians. In the 17th century the British East Indian company and their Dutch equivalent were embattled to gain control of production and trade routes.

It is claimed to be antiseptic, antispasmodic, antidiarrhoeal, antimicrobial, anti-emetic, anti-putrescent, anti-oxidant, astringent, carminative, digestive, aphrodisiac, parasiticide, cardiac and a respiratory stimulant, an antidote for poisons and a vermifuge. This gives rise to a great number of herbal cures, principally for poor circulation, rheumatism, colds, flu’s, anorexia, frigidity, colitis, diarrhea, intestinal infections, leucorrhoea, debility and nervous exhaustion. It is used by the Chinese to boost insulin activity and is thought to reduce cholesterol levels, to combat fungal infections and relieve arthritic pain. Recent research suggests the plant reduces the proliferation of leukemia and lymphoma cells. In Denmark it is taken to stimulate memory in the elderly. There is also some evidence to suggest that it may be useful in treating type 2 diabetes.

The oils from the tree are found in fragrances, soaps, cosmetics, toothpastes, nasal sprays, mouthwashes, cough syrup and dental products. It is used extensively as a flavouring agent and preservative in alcoholic drinks and coca cola. The quills are an essential ingredient of many culinary dishes and confectionaries.

Alexander McCowan is author of TheWorld’s Most Dangerous Plants

Alzheimer’s drug from Biogen to get speedy U.S. review