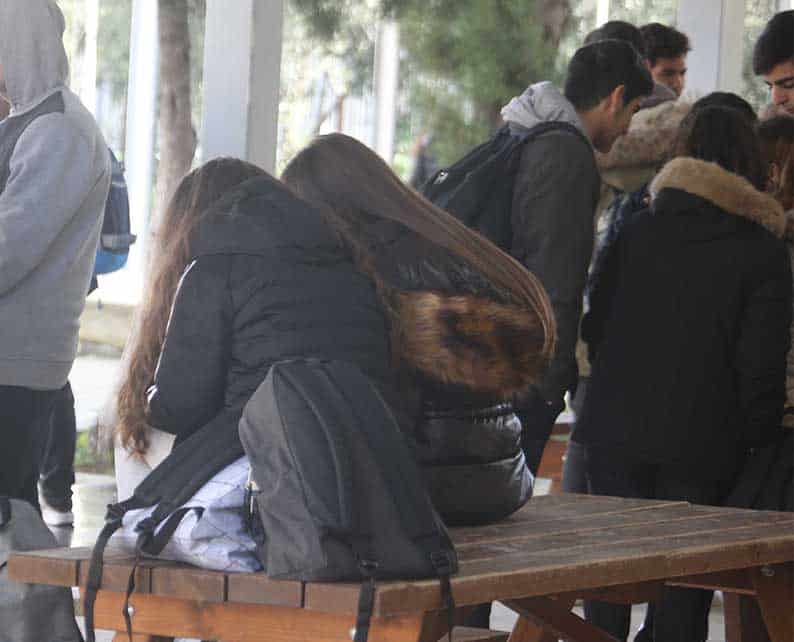 The education ministry has ordered a disciplinary probe into an incident on Tuesday in a Limassol school where a teacher was caught on video slapping a female pupil, officials said on Wednesday.

Parents have asked for the teacher to be suspended until the probe is completed. The vice chair of the secondary education teachers’ union suggested, however, that the incident may have been a deliberate set-up by the students to get the teacher to react that way.

The video, released to the media, shows a female pupil trying to pull an item out of the hand of a man who appears to be the teacher and him slapping her on the face. The pupil then hits the teacher on the hand, asking him why he hit her. He is then heard telling her to go away, warning her that he would hit her again.

The incident took place at a Limassol gymnasium and concerns a second-grade pupil.

Head of the education ministry’s Limassol district offices, Stelios Theofilou, told Alpha TV that the ministry has already requested a probe into the incident.

“The education ministry will cover nothing and no one,” Theofilou said.

He added that a ministry team has already gone to the school to offer support to the pupil, her classmates and the school in general.

“This is a difficult period, close to the exams. Children must go to the exams feeling calm and safe,” Theofilou said.

He confirmed that the teacher in question went to the school on Wednesday, adding that it is not the rule that teachers should be removed from schools after every incident and called for patience until the results of the probe are ready.

“The school has the right to tell the teacher not to enter the class if it feels this would cause insecurity,” he said.

But the head of secondary education parents organisation, Kyriacos Nikiforou said the teacher ought to be removed from the school.

Since pupils will be asked to testify on the incident, he said, it would not be wise for the teacher to be in school.

Nikiforou said he was shocked by the video.

“It is an incident of violence. No matter the reason, no one is justified to exert violence on anyone, be it a pupil, classmate or a teacher,” he said. “Where responsibilities arise, they must be attributed.”

Vice chair of secondary education teachers’ Oelmek Panayiotis Georgiou said it was a condemnable incident, but suggested the teacher may have been deliberately provoked.

Georgiou said he went to the school and spoke with the teacher and the pupil.

The teacher, he said, has over 25 years of service, has very good relations with pupils and is polite. “What happened yesterday is inexplicable.”

“From what I heard yesterday, it is not ruled out that this was planned to bring him to the edge, and react this way, while a classmate was there to immediately record the incident” he said, commenting on the speed with which the other pupil pulled out their mobile phone to record the incident.

He reiterated however that this did not justify anything.

But he said the incident once again brought to the surface the issue of mobile phones in schools.

Specialist doctors will keep to pre-Gesy timetable for now

Book reading given a musical edge