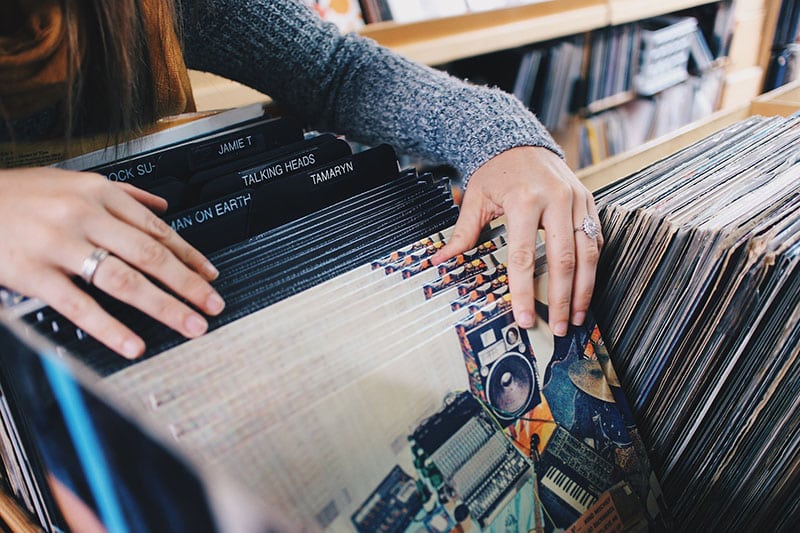 The second vinyl bazaar in Paphos will be held on Saturday and will see music lovers from all over the island gather at Craft Bar to browse the collection of new and used records, turntables and accessories.

Organised by music fan and self-confessed vinyl junkie DJ Antonis Limnaios, the event looks set to attract a large crowd eager to increase their record collection or replace or buy their first ever turntables.

“There is something beautiful about taking a record out of the sleeve, you can really feel it. I also believe that the sound is a great audio experience, even listening to vinyl with a scratch, the noise is something special. I love it, its so different from a CD,” Limnaios told the Cyprus Mail.

Limnaios, whose taste is eclectic, is originally from the Greek island of Lesbos and has loved vinyl since he was a child. He believes that it can bring people together and that it’s a ‘culture’. “There is something interactive about putting on a record, you can touch it, smell it, flip it over to hear the other side. The listening experience is something that you are constantly, physically and emotionally involved in. It’s a part of life and it’s a way of life,” he said.

One of the first vinyl records he bought was by 80s chart toppers Duran Duran at a time when in Greece, like most other countries around the world, there were still plenty of record shops in every town.

“Vinyl is making a comeback and it’s gaining in popularity all the time. I have always been involved with music and love it. I DJ all over the place and also on radio at Rock FM,” he added. According to Nielsen Music, which started tracking sales in 1991, vinyl album sales in 2018, in the US, increased for the thirteenth consecutive year. At 16.8 million (up 14.6 per cent) they set a new yearly high for vinyl album sales.

Limnaios first teamed up with other organisers that were offering a vinyl bazaar in Nicosia in 2016, and put on a similar successful event in Paphos as he realised that there was an interest form all nationalities and ages. Vinyl sellers will attend the event from all over the island, offering a wide variety of both new and used records.

The DJ’s entire apartment is full of records (he has around 1,500 and is still collecting), as well as music memorabilia such as turntables and radios. “I collect everything to do with music and records are very personal,” he said.

Limnaios wants to encourage other people to buy vinyl as many bands, including ones in Cyprus, are still releasing records. He added that attendees easily make new friends at vinyl bazaars and record shops, and that its like ‘going to therapy’ as everyone feels uplifted and talks about music and not about how difficult life is or their problems.

“You treat your record collection with respect, keep it well and care about it and in Cyprus you must put records in protective outer sleeves as there is so much dust which can destroy them.”

He added that people attending the event don’t need to buy anything and browsing is encouraged. Limnaios along with DJs George and Stephania will be playing records all day.