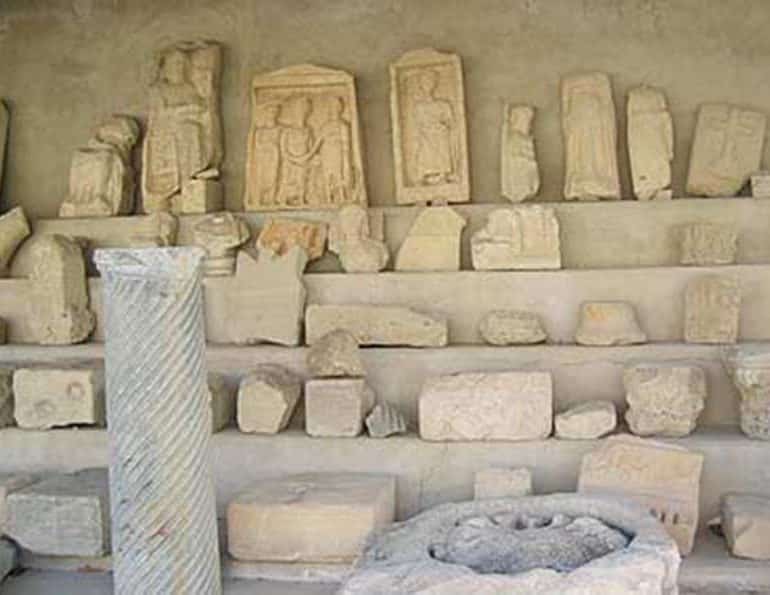 The mayor of Paphos accused the Antiquities Department of incompetence on Wednesday for failing to complete the renovation of the archaeological museum which remains closed for the third year.

“Here we are three years later and Paphos municipality is informed that exhibitions intended to be installed in September will actually require another six months after this date, at best, and therefore the first half of 2020 will also be lost,” said the mayor Phedonas Pheodonos.

The mayor explained that the reopening the renovated museum is being held up by a problem in the tender process concerning the supply of display cases used for exhibits.

Major construction works to rehouse the archaeological museum’s collection stalled in 2016, but got underway again in 2017 and were initially due to be completed by the end of that year.

The delays meant the museum missed out on visitors in 2017 when Paphos was named European Capital of Culture.

“It was finally planned to reopen this year; set to become the main public exhibition area of the history and culture of our city for thousands of foreign and local visitors,” said Phedonos.

An Antiquities Department spokesman at the time explained that the timetable for works could not take into account Pafos2017.

“Due to EU funding and timeframes, this period (Pafos2017) is when the work had to get underway,” he said.

However, Phedonos said that due to the negligence and incompetence of the department, the museum has still not reopened.

“The objections raised by the department of antiquities over the differences with the contractor and the issue that arose in a complaint submitted to the Tenders Review Authority for the supply of display cases, just proves once again that the department is not able to manage a single renovation properly and effectively,” he charged.

He added that even if any such problem was encountered, it should have been resolved long ago.

“It is clear that the responsibility lies with the Department of Antiquities and the way it addresses our archaeological wealth, creating misery that is unbearable,” he said.

The museum was founded in 1964, following Cyprus’ independence, and is financed by the government. It was initially built to house objects that had been kept in the complex of the Turkish baths. In 1989 a new exhibition gallery was added to the west wing of the building.

Our View: Makarios’ priest pay deal with state beyond absurd