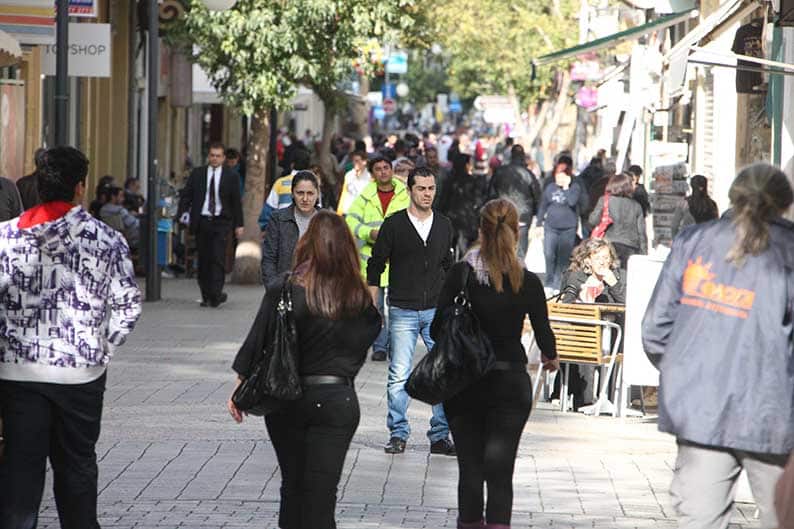 The majority of Cypriots feel Greece is the country with the most positive role in settlement talks while the UN comes second from last, according to a poll by state broadcaster Cybc the results of which were announced late Friday.

The poll was the second part of the 29th survey on political culture and voter behaviour carried out by CMRC – Cypronetwork Ltd on behalf of Cybc.

Nine per cent would vote for Diko, 5 per cent for Edek and 4.5 per cent for far-right Elam.  The Greens-Citizens Alliance combination is set to garner 3.5 per cent of votes and Marios Garoyian’s Dipa and the Animal Party 1.0 per cent each. Sener Levent’s Jasmine Movement is slated to get 0.5 per cent.

Almost six in 10, regardless of their preferences, said that Disy would lead the race and 7 per cent said Akel. Almost one in three said they had no opinion on the matter.

On the Cyprus problem, the majority of respondents – 35 per cent – were in favour of a bizonal bicommunal federal (BBF) solution compared with 21 per cent who were against, while 29 per cent said were neither for nor against. Another 15 per cent said they didn’t have an opinion.

In December 2017, when a similar poll was carried out, 33 per cent of respondents said they were in favour of a BBF, 29 per cent against and 22 per cent neither for nor against.

As regards the talks, almost six in 10 said Greece’s role in the negotiations was positive, while the same percentage – 59 per cent – said they believed the UK’s role was a negative one. The EU is the second most trusted body as regards a positive role in the talks, with 42 per cent, followed by Russia – 34 per cent – and the US with 32 per cent.

There has been an increase however in those who said that their opinion of Turkish Cypriots was worse now than before. While in April 2016, some 8 per cent of respondents said it was worse, the percentage rose to 18 during the current survey.

On their personal situation, the majority of respondents – 39 per cent – said their life worsened during the past five years, while 31 per cent said it remained the same and 28 per cent said it improved.

Forty-four per cent said they were optimistic and 39 per cent were pessimistic about their future.

The majority – 56 per cent – said Brexit would not be good for Cyprus, one in five said it would neither benefit nor negatively affect the island, 17 per cent did not have an opinion and 7 per cent said it would benefit Cyprus.

Almost half of the respondents said that Cyprus’ position in the world remained the same compared with a year ago while almost one third said it has become more powerful and 19 per cent said it was weaker.

In total 1,400 people 18 and over with the right to vote participated in the poll. The error margin was calculated at +/- 2.6 per cent.